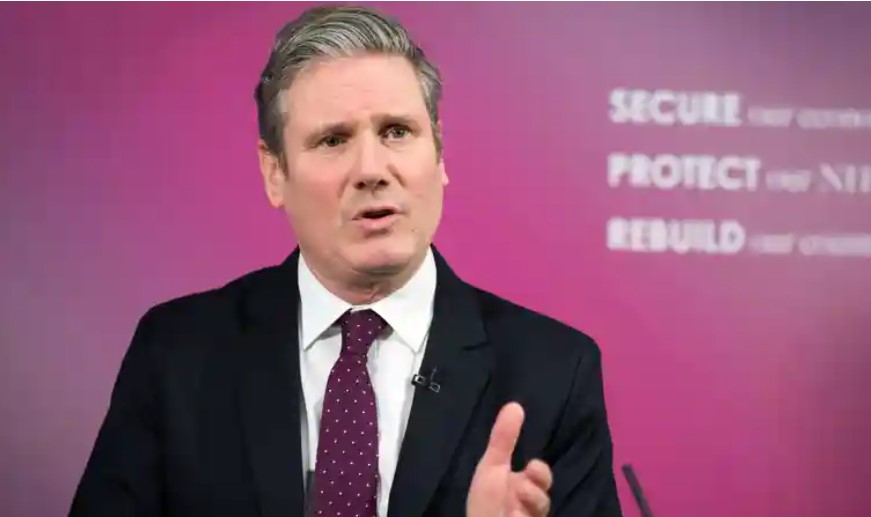 Labour leader, Sir Keir Starmer, in a speech today (Thursday 18), explained his party’s vision for rebuilding the UK after the pandemic is finally under control, with some specific policy ideas, along with general approaches.

He spoke of a proposed British ‘recovery bond’, an official savings scheme where the savings accumulated by households who have not been spending during the pandemic can be used for post-Covid spending on infrastructure and jobs, with recent estimates claiming that a figure of as much as £125bn has been built up by suppressed spending.

This is along the lines of the ‘coronavirus bond’ that the New Policy Institute thinktank suggested last year, or the savings scheme proposed by north of England MPs earlier this week to target their region for investment.

Sir Keir hit on the topic of business start-up loans, not a new idea, as the existing government-backed Start Up Loans Company has been in operation since 2012, providing new businesses with investment, but he claims the scheme has been biased towards only businesses located in London and the South East, with less than 9,500 loans actually being approved annually.

Labour’s plan would pledge to loan money to more than 100,000 new businesses over 5 years, and spread the investment regionally, claiming that data shows almost 25 per cent of the loans since 2012 have gone only to businesses in London.

During his speech, Mr Starmer stated that Labour saw business as “not something just to be tolerated or taxed”, adding that working with businesses was “pivotal to my leadership”, whilst dismissing what he called a false choice between improved equality and a vigorous economy, stressing that businesses would be expected to be central to both tackling the climate emergency, and helping equality outcomes.

Professor Michael Marmot was referenced during Sir Keir’s speech, the epidemiologist whose pioneering report last year found that life expectancy is falling among the poorest people, and particularly amongst women in certain English regions. Real cuts to people’s incomes are damaging the nation’s health for the long term, lifespans are stalling, and people are living for more years in poor health.

Starmer argued that the pandemic had “got into the cracks and crevices of our society and forced them open with tragic consequences”, worsening such inequalities.

He also touched on the familiar topics of policy commitments based on spending and public services, asking for the universal credit £20-a-week uplift to be kept in place, and that funding should be given to local authorities to prevent any rises having to be made in council taxes.

Also mentioned was putting an end to the freeze on public sector pay, and new measures to extend rate and VAT relief for businesses, plus an extension of the coronavirus furlough scheme for employees.

Ending his speech, Sir Keir added, “Under my leadership, Labour’s priority will always be financial responsibility. I know the value of people’s hard-earned money – I take that incredibly seriously”.

Thank you for taking the time to read this news article “Sir Keir Starmer Sets Out Labour’s Post-Covid Vision For Rebuilding The UK”.