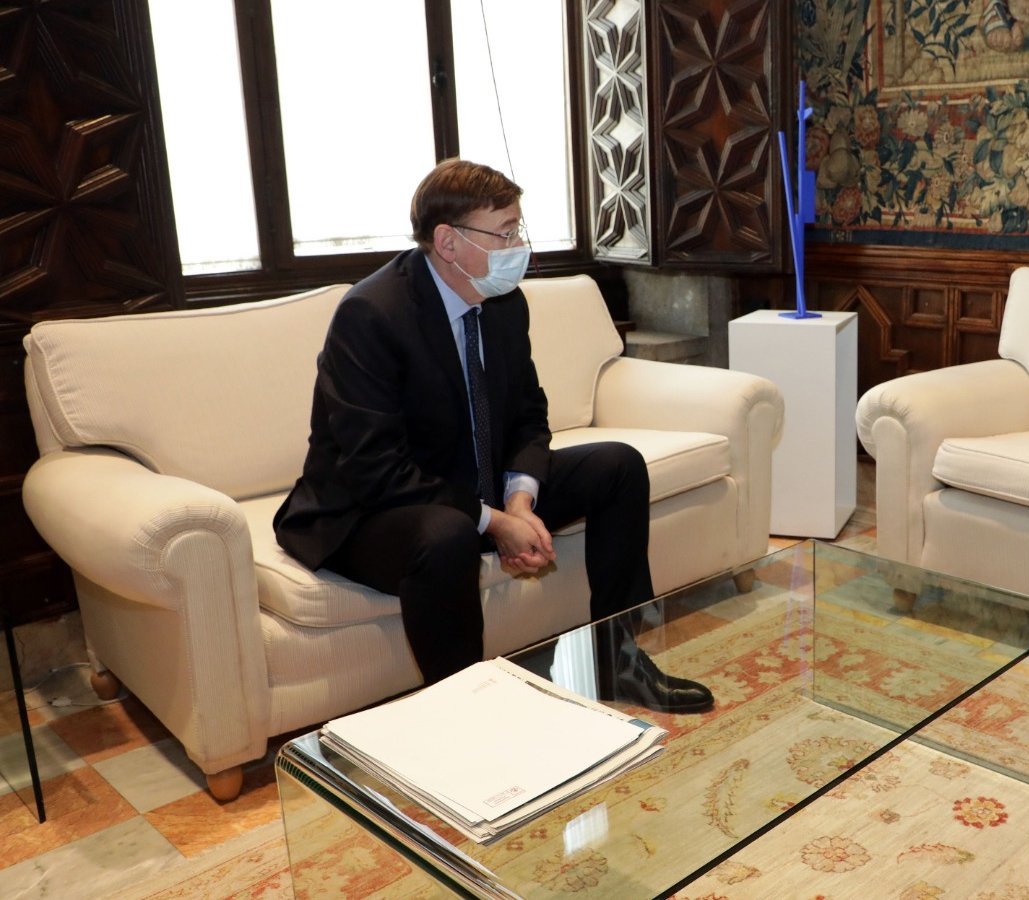 Ximo Puig Confirms De-Escalation of Restrictions in Valencia Will NOT Begin Before Current One’s End.

THE president of the Generalitat, Ximo Puig, reiterated on Thursday, February 18 that the de-escalation of the restrictions, which are in place until March 1, will NOT begin UNTIL the end of these current restrictions have been reached.
On Tuesday, February 16, Puig said that any de-escalation will be “as prudent as possible” and the measures will be “softened”, so “it will not be a disruptive movement that will go from white to black.” Speaking today, he hasn’t strayed from this stance.
The Valencian Government President confirmed that IF the drop in Covid figures continues as they have been restrictions will be able to “relax” as of March 1, when the current ones end at 11.59pm, HOWEVER, this decision will be made next week when the Interdepartmental Table meets.
During his visit to the Querol port works in Morella, Puig explained that we are in a “very difficult and complicated” situation, although there has been a “slowdown” in the incidence of Covid-19, contagion rates and pressures on hospitals.
“We are around 400 and we want to reach 50” of accumulated incidence, said Puig, who has advocated advancing the de-escalation with “all due caution.”
“We are better, but we are still bad,” he stressed.
Puig has rallied the people of the Valencian Community asking them for one “last effort”  and has also stressed his “empathy” for the closed businesses. “We would like there to be no restrictions,” he said, although he defended that they are linked to “the protection of people’s health.”
Puig has announced that the Consell will meet on Friday, February 19 is set to approve this Friday a decree of aid for nightlife to the amount of €8 million and will be allocated mainly to pubs, theatre cafes, concert cafes, discos and nightclubs.
The president has admitted that the hospitality sector as a whole “has been closed and suffering a lot with the crisis.” Therefore, despite the fact that “the social shield with the ERTE has helped a lot,” direct aid becomes “necessary to alleviate the situation” with the hope that “sooner rather than later they can open businesses.”