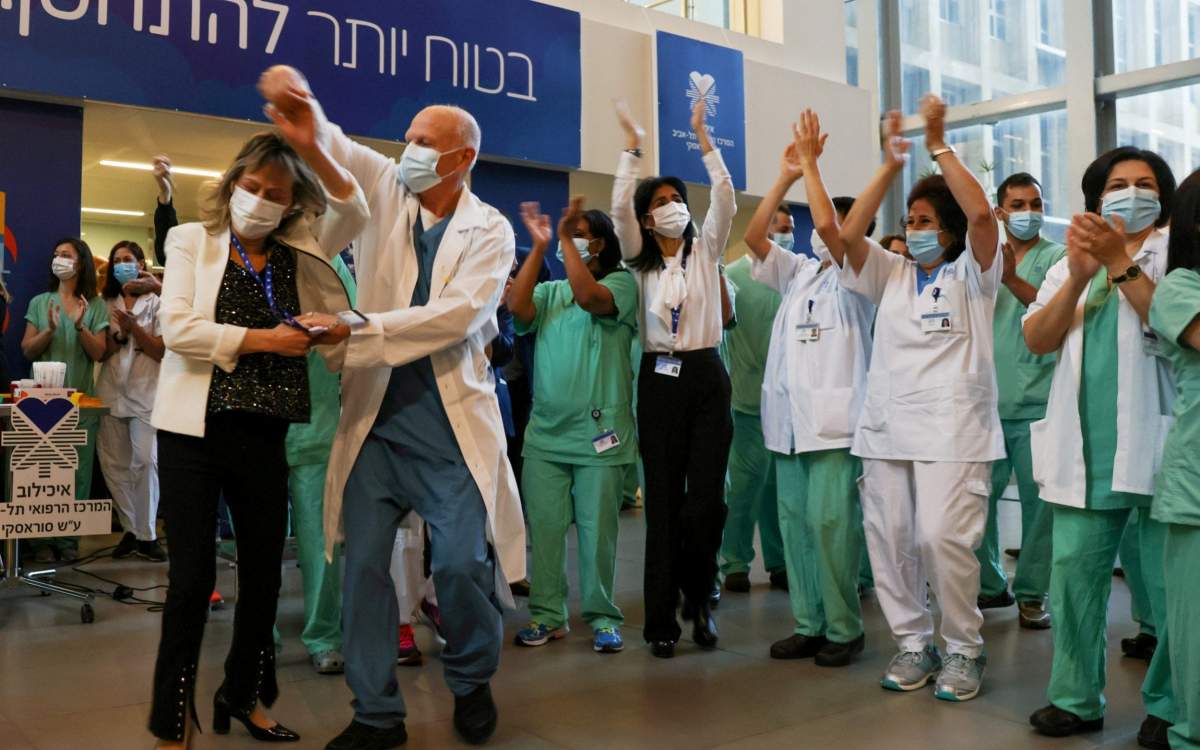 AN ISRAELI STUDY has revealed that Pfizer Inc’s COVID-19 vaccine is 85% effective, a study of healthcare workers at an Israeli hospital reported. The news could potentially fuel a debate over the recommended two-dose schedule as governments try to stretch out their meagre supplies.

The Sheba Medical Centre’s findings compare with an overall efficacy of around 95% in a two-dose regimen 21 days apart for the shot developed with Germany’s BioNTech.

The Sheba study comes a day after Canadian researchers suggested that the second Pfizer dose be delayed given the high level of protection from the first shot in order to increase the number of people getting vaccinated.

Their research showed an efficacy of 92.6% after the first dose, based on an analysis of the documents submitted by the drugmaker from its late-stage human trials to the U.S. Food and Drug Administration in December.

The FDA said in December data from those trials showed that the vaccine began conferring some protection to recipients before they received the second shot, but more data would be needed to assess the potential of a single-dose shot.

Pfizer has said alternative dosing regimens of the vaccine have not been evaluated yet and that the decision resides with individual health authorities.

Sheba said among 7,214 hospital staff who received their first dose in January, there was an 85% reduction in symptomatic COVID-19 within 15 to 28 days. The overall reduction of infections, including asymptomatic cases detected by testing, was 75%.

Sheba epidemiologist Gili Regev-Yochay cautioned that the cohort studied at the hospital were “mostly young and healthy”. Unlike with Pfizer’s clinical trial, “we don’t have many (staff) here aged over 65,” she told reporters. But she also noted that the Sheba study took place during a surge in COVID-19 infections in Israel, which flooded hospitals with new cases.

Pfizer has so far declined to comment on the data, instead saying in a statement it was doing its own analysis of “the vaccine’s real-world effectiveness in several locations worldwide, including Israel.”

The drugmaker said it hopes to use the Israeli data to look at the potential of the vaccine to protect against COVID-19 arising from emerging variants such as the recent mutation from South Africa.