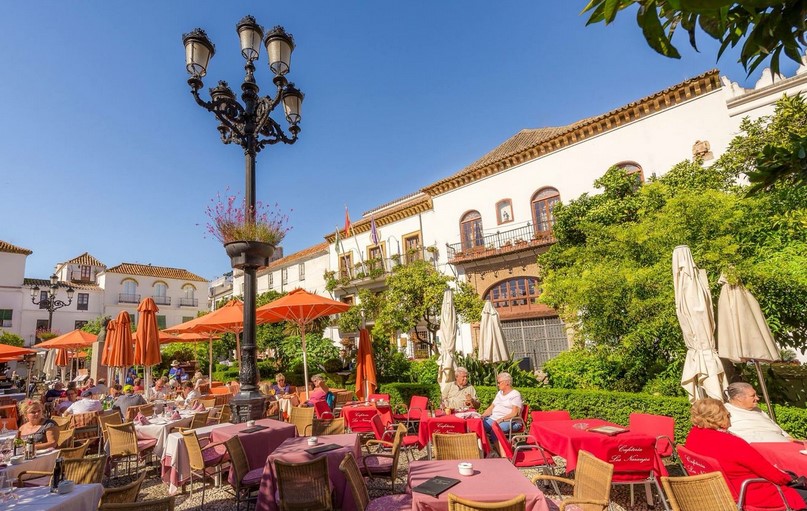 A petition started by Maica Machuca, protesting against the way that Marbella town hall is carrying out the works to one of the town’s biggest tourist attractions – Plaza De Los Naranjos, or Orange Square as it is known locally – has now been signed by 600 Marbella residents, as reported by Sur In English.
Maica said of her petition, “At no point has the council shown it has the permits necessary to carry out this work in this historic location”.
The people who signed it, disagree with what they consider a lack of transparency by the authorities, with all agreeing that the works showed, “no citizen participation and no municipal environmental plan for the flora and fauna”, and the petition was subsequently presented at Marbella town hall.
Marbella town hall’s parks and gardens councillor, Diego López, had said earlier this month that the works in Plaza De Los Naranjas had been in the planning for a long time, but had been delayed so as not to interfere with the large amount of tourist and commercial activity that the area normally attracts, which is why the town hall had now taken advantage of the period during the pandemic to undertake the works.
Mr López said, “We have been treating orange trees for fungi and soil compaction for two years, as well as trying to eradicate rats”, and assured that upon completion of the works, “the look of the square will be very similar to the one before” and that no healthy tree has been cut down or any ecosystem has been destroyed”.
He also added that all the obsolete electrical equipment will be removed during the works, to be replaced with a new automatic irrigation system.
_______________________________________________________
Thank you for taking the time to read this news article “Marbella’s Orange Square Improvements Petition Reaches 600 Signatures”.
For more UK daily news, Spanish daily news and, Global news stories, visit the Euro Weekly News home page.