Acid Attacker Blames The Media For His Arrest 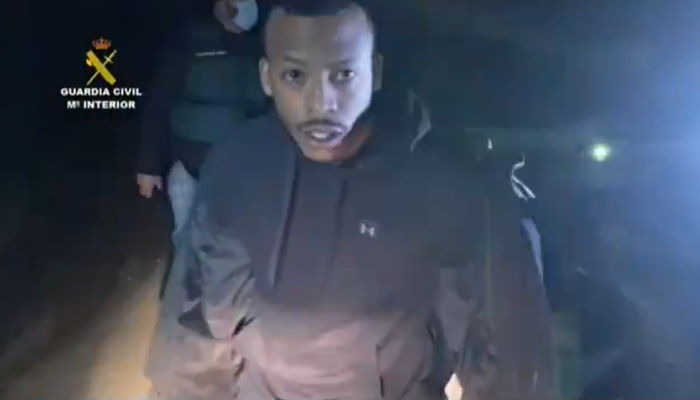 El Melillero at the time of his arrest

ACID Attacker blames the media for his arrest and imprisonment
On the same day a man was arrested for being an accomplice in the vicious attack against two young women in Cartama on January 12, the accused perpetrator of the crime, José Arcadio, otherwise known as el Melillero, sent an exclusive letter to Spanish daily TV programme Ya es Mediodía proclaiming his innocence and blaming the media for condemning him without knowing the full story.
El Melillero stated in the letter that “the way in which I am being judged without people knowing me is not fair. They are condemning me because of the media… because of my criminal past. I cannot be condemned this way… I am not the person who sprayed the victims with acid, I would never do that, ask Sandra what she knows.”
According to Informativos TeleCinco, the Acid Attacker claimed in his letter that his ex-girlfriend knew all about his criminal background, and even that he had physically abused previous partners. Nevertheless, he staunchly maintains his innocence in the attack against Sandra and her friend, as he has done since being arrested. In addition, it is reported that el Melillero requested a transfer to ‘Module 8’ in the prison, where he fears he will be less at risk of gang violence.
On Friday, February 19, a fourth suspect was detained in the case, this time a man accused of providing the acid el Melillero reportedly used in the attack. The Acid Attacker himself will once again be up in front of a judge in June this year on charges of threatening staff of a Torremolinos bar with a gun back in 2018.
________________________________________________________________________
Thank you for taking the time to read this news article “Acid Attacker Blames The Media For His Arrest”. For more UK daily news, Spanish daily news and Global news stories, visit the Euro Weekly News home page.