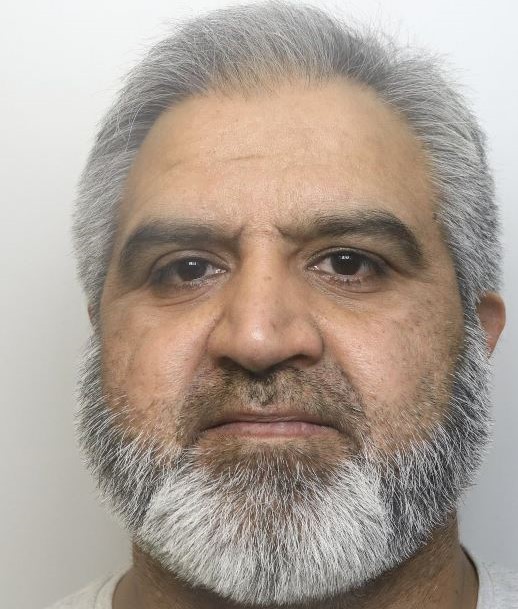 Takeaway owner jailed for sexually assaulting a woman after she asked to use the loo.

WAHEED Hussain, the owner of Sarry’s in Cheapside, Derby, was found guilty of sexually assaulting the woman in her 20s after she asked to use the toilet on May 4, 2017.

He followed her upstairs and then sexually assaulted her.

Hussain, 47, denied one charge of assault by penetration but was found guilty following a trial at Derby Crown Court.

But appearing at Nottingham Crown Court on Friday, February 19, takeaway owner Hussain from Normanton, was sentenced to 21 months in prison.

In her victim impact statement, the survivor of the assault explained the toll Hussain’s actions had had on her, writing: “I can only describe how I felt in the days, weeks and months after as disgusting, ashamed, embarrassed and emotionally numb.

“I had lost complete trust in everyone around me, I didn’t want to be put in a situation where I would be alone with any man I didn’t know and even around male friends I found myself being anxious and wishing I wasn’t there at all.

“I wanted to vanish, to disappear from existence because I didn’t want to feel this hurt anymore.

“This has impacted every aspect of my life. I didn’t want to leave the house for many days after as I no longer felt safe, I felt intimated going out, taking part in normal daily functions, such as going to the shops alone and walking through crowded place would set me on edge.

“It’s been an excruciatingly painful, gruelling time being constantly reminded of him, I still fragile and damaged and I will carry it with me for the rest of my life.”

DC Fiona Rai, who led the investigation into Hussain, said: “I would first like to commend the woman for her bravery throughout what has been a hugely traumatic period.

“Hussain, in his role as the owner of a hugely well-known takeaway in the city centre, occupied a position of trust in many of his customers’ lives.

“On this occasion, he used that position of trust to commit an abhorrent crime on a young woman who has been left seriously impacted by his actions.

“I am pleased the jury returned their verdict and hope that it, along with the sentence that he has received today, will provide a degree of closure for the survivor and allow her to close this devastating chapter of her life.”

Thank you for taking the time to read this news article “Takeaway owner jailed for sexually assaulting woman after she asked to use the loo”. For more UK daily news, Spanish daily news and Global news stories, visit the Euro Weekly News home page.