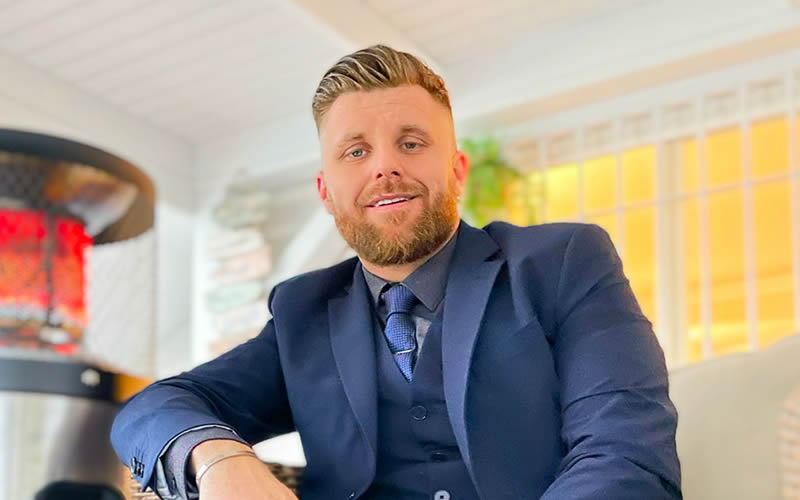 Benjamin George is a 31-year-old Englishman with a British passport, having moved to the Costa del Sol in Spain with his family, from Manchester in England as a young child, going to school in Spain, learning the language and its culture, and through the years, developing an undying, and passionate love affair with his newly adopted country and its way of life.
Being the Regional Sales Manager for Spain’s largest and most widely-read English-language newspaper, the Euro Weekly News, means that Benjamin is fully up-to-date with everything that is happening on a daily basis both on the Costa Del Sol, and in the whole of Spain in general.
Unfortunately for Benjamin, in January, in his own words, “I contracted the coronavirus and infected my parents, we have been locked up at home for three weeks, and I took care of them,” which was obviously a very worrying time, but, turning the negative into a positive, Benjamin suddenly found himself reading and watching more news than he had ever done before.
It was at this point that Benjamin installed the app TikTok on his mobile, and quickly taught himself to use it, and, on January 20, Benjamin George @b.George.89 uploaded his very first TikTok video onto the platform, which instantly went viral, in which he spoke his mind, and criticised his British compatriots who he thought were always unfairly criticising Spain and its government, whilst they still continued living in Spain and enjoyed all that it had to offer.
Suddenly, thanks to his TikTok video, Benjamin has become an online phenomenon, going from just five followers to over 23,000 in just one month, and he has gone viral with further TikTok videos in which, basically, Benjamin speaks his mind.
Benjamin has already been bombarded by the Spanish national newspapers, all wanting to interview this articulate young British man who so vehemently defends Spain and its culture, being seen as one of the most patriotic foreigners in Spain.
Benjamin assures that the success of his videos lies in their naturalness, “Nothing is forced. I record the videos when I feel the need to tell something, because if I don’t say it at the moment, I will burst,” which unfortunately has not been to everybody’s liking, leading to many ‘hate messages’ every day on his social media platform.
Unperturbed, Benjamin says he will not stop posting his videos and messages about things that he is passionate about, and “his country”, as it already states in his publications, “This account is for Spanish patriots, if you are not, do not come here”.
_______________________________________________________
Thank you for taking the time to read this news article “Benjamin George: The Covid Inspired TikTok Phenomenon”.
For more UK daily news, Spanish daily news and, Global news stories, visit the Euro Weekly News home page.