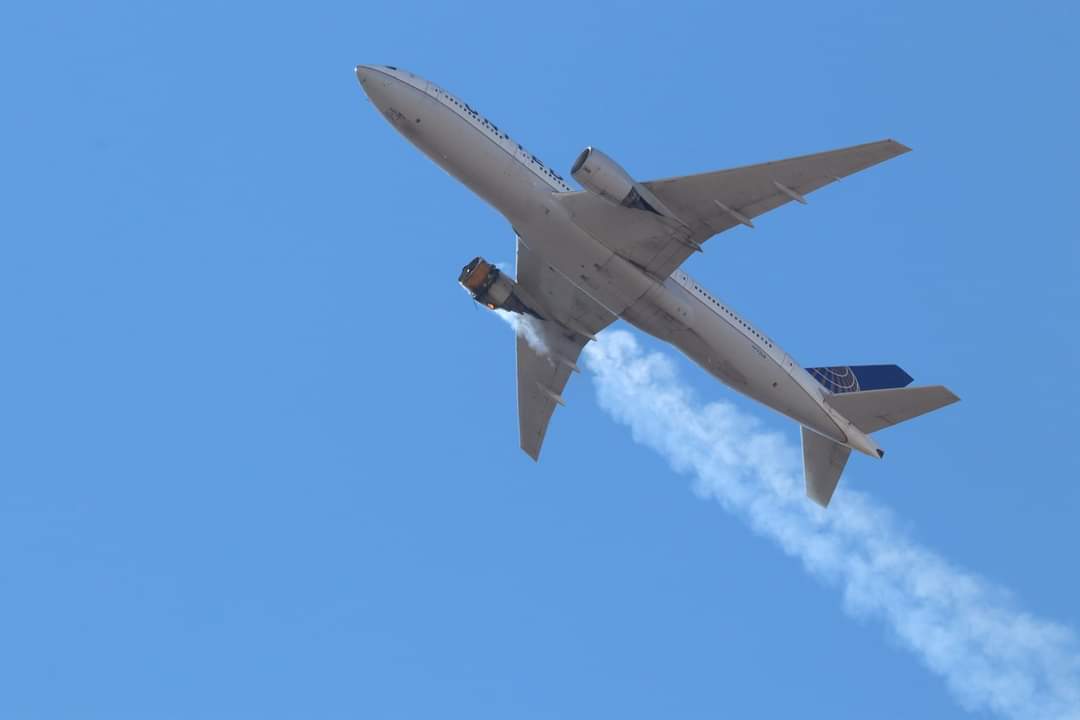 BOEING Co said it recommends suspending the use of 777 jets with the same type of engine that shed debris over Denver Colorado at the weekend after U.S. regulators announced extra inspections and Japan suspended their use while considering further action.

The moves involving Pratt & Whitney 4000 engines came after a United Airlines 777 landed safely at Denver International Airport on Saturday local time after its right engine failed. United said the next day it would voluntarily and temporarily remove its 24 active planes, hours before Boeing’s announcement.

Boeing said 69 of the planes were in service and 59 were in storage, at a time when airlines have grounded planes due to a plunge in demand associated with the COVID-19 pandemic. The manufacturer recommended airlines suspend operations until U.S. regulators identified the appropriate inspection protocol.

The 777-200s and 777-300s affected are older and less fuel-efficient than newer models and most operators are phasing them out of their fleets to save costs.

Images posted by police in Broomfield, Colorado showed significant plane debris on the ground, including an engine cowling scattered outside a home. The National Transportation Safety Board (NTSB) said its initial examination of the plane indicated most of the damage was confined to the right engine, with only minor damage to the aeroplane.

It said the inlet and casing separated from the engine and two fan blades were fractured, while the remainder of the fan blades exhibited damage. Japan’s transport ministry ordered Japan Airlines Co Ltd (JAL) and ANA Holdings Inc to suspend the use of 777s with P&W4000 engines while it considered whether to take additional measures.

The ministry said that on Dec. 4, 2020, a JAL flight from Naha Airport to Tokyo International Airport returned to the airport due to a malfunction in the left engine about 100 kilometres north of Naha Airport.

That plane was the same age as the 26-year-old United Airlines plane involved in the latest incident. United is the only U.S. operator of the planes, according to the Federal Aviation Administration (FAA). The other airlines using them are in Japan and South Korea, the U.S. agency said.

“We reviewed all available safety data,” the FAA said in a statement. “Based on the initial information, we concluded that the inspection interval should be stepped up for the hollow fan blades that are unique to this model of engine, used solely on Boeing 777 airplanes.”

Japan said ANA operated 19 of the type and JAL operated 13 of them, though the airlines said their use had been reduced during the pandemic. JAL said its fleet was due for retirement by March 2022.

Pratt & Whitney, owned by Raytheon Technologies Corp, said it was coordinating with operators and regulators to support a revised inspection interval for the engines.

A spokeswoman for South Korea’s transport ministry, speaking before Boeing recommended suspending operations, said it was monitoring the situation but had not yet taken any action. Korean Air Lines Co Ltd said it had 16 of the planes, 10 of them stored, and it would consult with the manufacturer and regulators and stop flying them to Japan for now.

In February 2018, a 777 of the same age operated by United and bound for Honolulu suffered an engine failure when a cowling fell off about 30 minutes before the plane landed safely. The NTSB determined that incident was the result of a full-length fan blade fracture.

Due to that 2018 incident, Pratt & Whitney reviewed inspection records for all previously inspected PW4000 fan blades, the NTSB said. The FAA in March 2019 issued a directive requiring initial and recurring inspections of the fan blades on the PW4000 engines.

The announcement comes after the 737 Max was grounded worldwide after – tragically – 346 people died in two crashes almost two years ago.

EASA executive director Patrick Ky said: “We have every confidence that the aircraft is safe, which is the precondition for giving our approval. “But we will continue to monitor 737 MAX operations closely as the aircraft resumes service.”