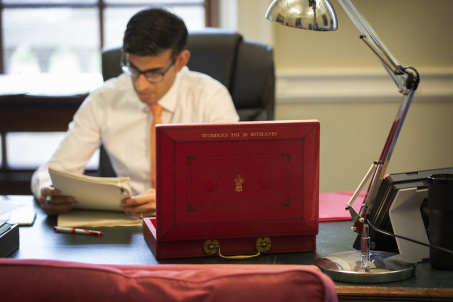 Rishi Sunak Expected To Support Manufacturing In Midlands And The North In 3 March Budget.

RISHI SUNAK, the UK’s chancellor, is expected to reveal plans that will give support for manufacturers in the Midlands and the North in the upcoming March 3 budget. He is also reportedly set to raise UK corporation tax in a bid to raise an extra £12bn in government revenue.

Sunak will help pay off for a further extension of the government’s Covid-19 support programmes by raising corporation tax rate from its current 19 per cent to 23 per cent.

According to reports, the tax increase will be staggered so it eventually reaches 23p in the pound by the UK next General Election in 2024. It comes as the chancellor is also considering handing out tax breaks to UK manufacturers to help aid the post-Covid recovery.

The increase in corporation tax is set to see the rate hit 20 per cent later this year to help pay for the extension to the furlough scheme. VAT cuts for hospitality and retail and business rates holiday Sunak will be announced in the Budget.

The tax increase is expected to raise £3bn this year and £12bn over the next three years.

Hannah Simoes, Cambridge Tax Partner, commented: “An increase in corporation tax has been rumoured for some time, and the Chancellor needs to decide if now is the right time to make such a move. With limited room for manoeuvre elsewhere given the government’s manifesto pledge around the triple tax lock, there are few other options to raise material amounts of revenue.

“Corporation tax made up 6% of total tax receipts in 2019/20 and an increase of one percentage point would bring in an estimated extra £2bn in the first year alone. There would inevitably be backlash from some who consider it too early to target businesses with extra tax, and will be concerned that any material increase might compromise what is likely to be a fragile economic recovery over the course of 2021. As an alternative, the Government could take a more targeted approach and focus on raising tax only for those businesses that have remained or become more profitable over the course of the pandemic.”