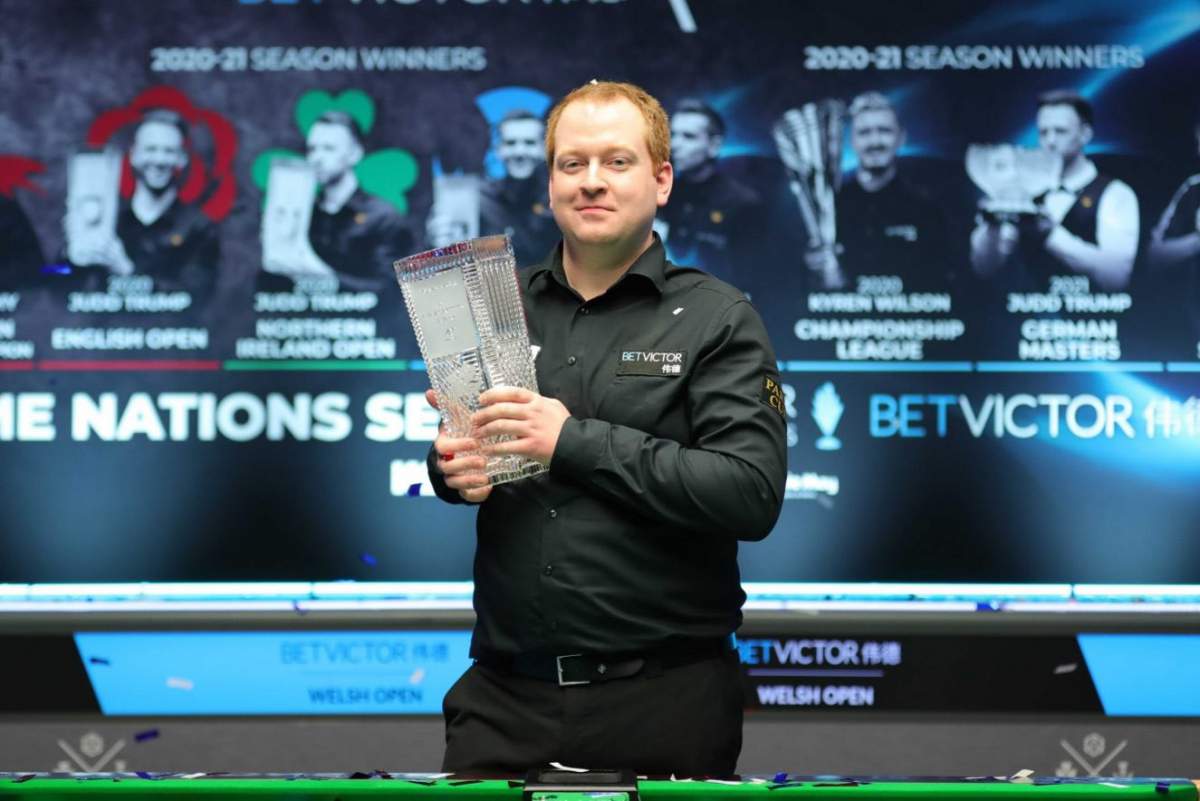 Spurred on by comments before the game, Brown kept his nerve in the deciding frame, after O’Sullivan had levelled at 8-8 with a 116 break.

The win meant that Brown claimed the Ray Reardon trophy and £70,000 first prize.

Before the two played, Ronnie O’Sullivan said at the Crucible: “People like me, John [Higgins] and Mark [Williams], you look at the younger players coming through, they’re not that good, really.

“Most of them, they’d probably do well as half-decent amateurs, not even amateurs, I mean, they’re so bad.

“A lot of them you see now, you think, cor, I’ve probably got to lose an arm and a leg to fall out of the top 50. So that’s really why we’re still hovering around still, just how poor it is down that end.”

33-year-old Brown took those comments to heart: “It just put a bit of fire in my belly to prove him wrong. The top 50 stuff, it was really annoying, I’m not going to lie. That drove me on as well because those comments stick in your mind.”

Ultimately, O’Sullivan’s words came back to haunt him as the world number 81 claimed Welsh Open victory.

Speaking after the match, Brown said: “It was a privilege to just play Ronnie in a final.

“I knew if I got over-awed about Ronnie I wouldn’t win so I focused on my own game.

“I always believed in myself, I’ve had some dark days but those make you stronger as a player and a person.

“Five years ago I told myself to give snooker a proper go and it is paying off now.”

O’Sullivan was gracious in defeat: “I’ve enjoyed every minute of it.

“Jordan is a great guy and I’m so happy for him to win.

“I fluked the red in the final frame and I could see the disappointment in his eyes and that would have been a horrible way to win.

“I played all right and not many people beat me when I play all right – but I couldn’t be happier for him.”