Donald Trump May Soon Have To Answer Rape Allegations Under Oath 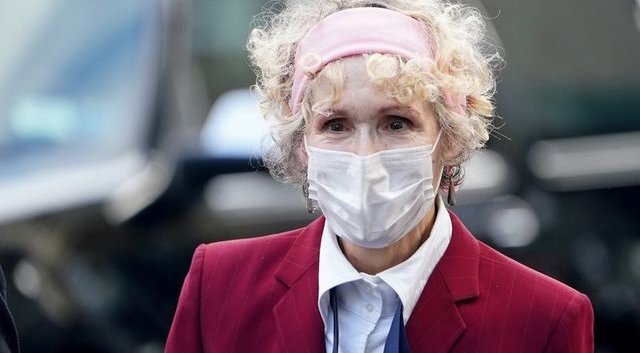 Donald Trump May Soon Have To Answer Rape Allegations Under Oath. image: Pexels

Donald Trump May Soon Have To Answer Rape Allegations Under Oath.

FORMER United States President Donald Trump is facing two defamation cases involving sexual misconduct allegations that could move forward more quickly now that he is out of office. This comes as Trump’s attempt at blocking his tax returns from being made public was overturned.

In December, while on a visit to New York City, writer E Jean Carroll says she went shopping with a fashion consultant to find the “best outfit” for one of the most important days of her life – when she will sit face-to-face with the man she accuses of raping her decades ago, former United States President Donald Trump.

The author and journalist hopes that day will come this year. Her lawyers are seeking to depose Trump in a defamation lawsuit that Carroll filed against the former president in November 2019 after he denied her accusation that he raped her at a Manhattan department store in the mid-1990s. Trump said he never knew Carroll and accused her of lying to sell her new book, adding: “She’s not my type.”

Carroll has revealed she plans to be there if Trump is deposed. “I am living for the moment to walk into that room to sit across the table from him,” Carroll told the Reuters news agency in an interview. “I think of it every day.”

Carroll, 77, a former Elle magazine columnist, seeks unspecified damages in her lawsuit and a retraction of Trump’s statements. Hers is one of two defamation cases involving sexual misconduct allegations against Trump that could move forward faster now that he has left the presidency. While Trump was in office, his lawyers delayed the case in part by arguing that the pressing duties of his office made responding to civil lawsuits impossible.

“The only barrier to proceeding with the civil suits was that he’s the president,” said Jennifer Rodgers, a former federal prosecutor and now an adjunct professor of clinical law at the New York University School of Law.

“I think there will be a sense among the judges that it’s time to get a move on in these cases,” said Roberta Kaplan, Carroll’s attorney.

It is understood that an attorney for Trump and another representative of the former president have not yet responded to requests for comments on the matter.

At least 26 women accused President Donald Trump of sexual misconduct, including assault, since the 1970s.

A deluge of women made their accusations public following the October 2016 publication of the “Access Hollywood” tape, in which Trump was heard boasting about grabbing women’s genitals in 2005. Some of Trump’s accusers made their stories public months before the tape’s release, and still, others came forward in the months following.

Trump has broadly dismissed the allegations, which include harassment, groping, and rape, as “fabricated” and politically motivated accounts pushed by the media and his political opponents. In 2016, he promised to sue all of his accusers. In some cases, Trump and his lawyers have suggested he couldn’t have engaged in the alleged behaviour with certain women because he wasn’t physically attracted to them.

“Every woman lied when they came forward to hurt my campaign,” the Republican presidential nominee said during a 2016 rally. “Total fabrication. The events never happened. Never. All of these liars will be sued after the election is over.”

US ex-president Bill Clinton was impeached.

Bill Clinton’s legacy will always be tainted by his affair with White House intern Monica Lewinsky, who has said that while Clinton “took advantage” of her, their relationship was consensual. A sexual harassment lawsuit from Paula Jones also led to the perjury and abuse of power charges that ended in Clinton’s impeachment.