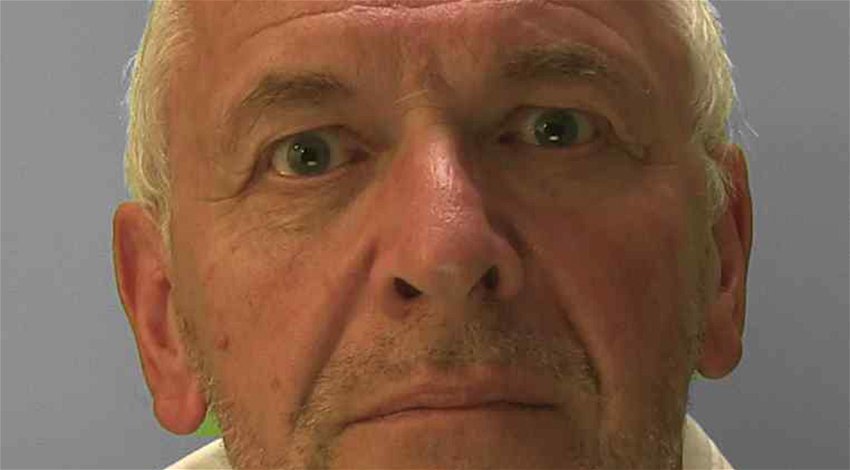 Man Jailed for 25 Years Over the Financially Motivated Killing of His Estranged Wife.

62-YEAR-OLD Raymond Hoadley, of Willowfield Road, Eastbourne, was unanimously found guilty of the murder of his estranged wife Jacqueline Hoadley at Hove Crown Court on January 22 following a three-week trial.

He appeared at Lewes Crown Court on Monday, February 22 and was sentenced to a minimum of 25 years custody by Judge Jeremy Gold QC.

During the court case, it was revealed that Hoadley had murdered Jacqueline was financial gain, viciously using a knife to kill the 58-year-old woman.

The court heard that on Sunday, July 5, 2020, police launched a murder investigation after the body of Jacqueline was discovered inside her Eastbourne home which she shared with her two children.

Police and ambulance paramedics were called to Broad Oak Close after a visitor to the house raised the alarm. Jacqueline suffered multiple injuries across her body and was declared dead at the scene.

Hoadley was arrested an hour later and following a fast-time investigation by officers, was charged with murder four days later.

Officers established that on the evening of July 4, Raymond climbed over the fence of the property, broke into the house and brutally murdered Jacqueline.

The jury found Raymond guilty of murder after deliberating just over two hours.

“Hoadley has consistently denied his involvement, even in the wake of overwhelming evidence. He believed that he had planned his crime with sufficient depth, hiding his lies within elements of truth with enough plausibility to conceal his guilt. But he hadn’t, the Major Crime Team always saw through his lies and conducted a meticulous investigation including hours of CCTV and large volumes of forensic evidence through which we were able to prove conclusively, that Hoadley was Jacqueline’s killer.

“All members of the team has been touched by Jacqueline’s commitment to advancing the rights of disabled children, as well as opening her heart and home to her children who she loved and cared for unconditionally. Jacqueline’s family have been incredibly strong throughout and have been very supportive of the investigation, for which we thank them.

“The whole police team feel proud to have brought this case on Jacqueline’s behalf, and hope that Jacqueline’s memory lives on through her devoted children and family.”

Thank you for taking the time to read this news article “Man Jailed for 25 Years Over the Financially Motivated Killing of his Estranged Wife”. For more UK daily news, Spanish daily news and Global news stories, visit the Euro Weekly News home page