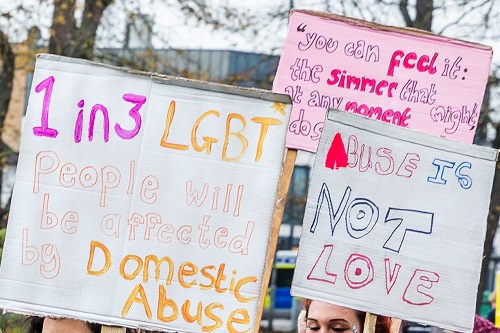 AFTER 26 years of financial aid, refuge and domestic abuse service Rise has had its funding pulled.

Bosses at Brighton Council carried out an equality assessment and reportedly found more assistance was needed for straight, gay and trans men, while Rise is predominantly a service aimed at women.

It is feared the decision made by Brighton Council may set a precedent and other authorities will follow suit, putting many women’s refuges across the country at risk.

As such, campaigners have launched a petition to have the funding restored.

Rise said: “We recently announced the disappointing news that we have lost local council funding for some of our services as of the April 1, 2021.

“We have been overwhelmed by support from the local community, and a petition started by one of our service users has reached over 21,000 signatures.”

It added: “At a recent council budget meeting, council officials committed to look into the decision that resulted in the loss of the contract to deliver refuge and case work services, which is worth £5 million over seven years.

“However, in a briefing on February 19, councillors were told that the bids to run the domestic violence and abuse support services have been evaluated by officials from Brighton and Hove City Council as well as representatives of Sussex Police and the Office of the Sussex Police and Crime Commissioner.

The briefing included the following statement: “Equalities impact assessments (EIAs) identified the need for a broader focus on inclusive service provision that caters for the needs of people with all the protected characteristics. These highlighted the need for more support for both heterosexual and gay male survivors as well as the specific barriers to service experienced by the trans community.”

RISE said it is “disappointed and saddened by this response on a number of grounds”.

“Our bid carefully detailed how we will support all protected characteristics, with dedicated and specialist services.

“We began as a service for women and children 26 years ago, then 14 years ago, in close partnership with local community organisations, initiated what became one of the country’s first dedicated LGBTQ+ domestic abuse casework services.

“Four years ago, we co-piloted an innovative LGBTQ+ refuge. Both projects are still working effectively to safeguard LGBTQ+ people in Brighton and Hove today.

“We have built trusted connections between our specialist Black and Minoritised workers and local community organisations and have specialist staff dedicated to outreach work for disabled people and older victims of domestic abuse.”

RISE said its health advocate contributed to national research on older people and domestic abuse, and its child to adult violence program has been featured at a national level.

“We explained to the council in our tender how we would extend this approach to include heterosexual males.”

However, Brighton Council said they after RISE and other bidders were told the result of the tender process “there was a two-week standstill, but no organisations challenged the decision”.