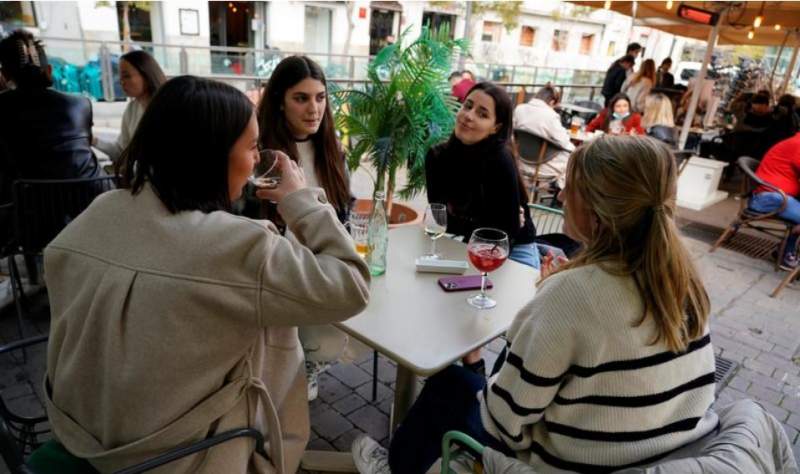 French Holidaymakers Are Flocking to Spain’s Madrid For Their Weekend Breaks.

FRENCH HOLIDAYMAKERS class Madrid as an oasis for leisure and culture as strict measures are still in place across their own country.

France has been without bars, restaurants, cinemas or museums since the end of October. After the recent closure of even more European borders, Madrid has now become an unexpected destination for French winter holidays, especially since ski resorts, a winter favourite, are for all intents closed off with lifts prohibited to use.

Without any officially published figures or statistics, airlines and travel booking agencies show that the French have been descending on the Spanish capital as a holiday destination for weeks, despite the fact that the Government advises against all “non-essential” travel.

Spaniards who regularly travel to Madrid from Paris have noted an increase in passengers on flights (although there are still fewer than they were before the pandemic), ‘they look younger than usual,’ said one regular commuter.

Airlines such as French Transavia confirmed this suspicion. “Although the program for Madrid has not been strengthened in recent weeks, we can confirm that the available flights are, indeed, well full,” said a spokesman for Air France.

Also, Kayak analysed the searches carried out from its French website for flights from any French airport to Madrid, in the period from January 15 to February 18. “Comparing it to searches conducted between December 11, 2020, and January 14, 2021, we see a 731% increase in those searches,” the online travel and flight booking agency said.

February is the month of the first school holidays of the year, the winter ones (two weeks) in France. The traditional destination is the ski resorts, where February is the top of the season. But the French ski resorts have also been victims of the pandemic and, despite the fact that the Government hailed their reopening for this period, it finally decided to continue prohibiting the use of the ski lifts, which for practical purposes has led to massive cancellations of these holidays- hence the ‘French Invasion’.

Given this situation, in that bars are still open in Madrid and that you can be out on the street until 11 pm, it all sounds glorious. Especially since the only requirement, a negative PCR test is something that in France is free and with guaranteed results lasting up to 8 hours.

Have a walk around the city, see a museum and have a drink in a bar and a meal in a restaurant- a weekend getaway to Madrid is an attractive option for a French vacancière.