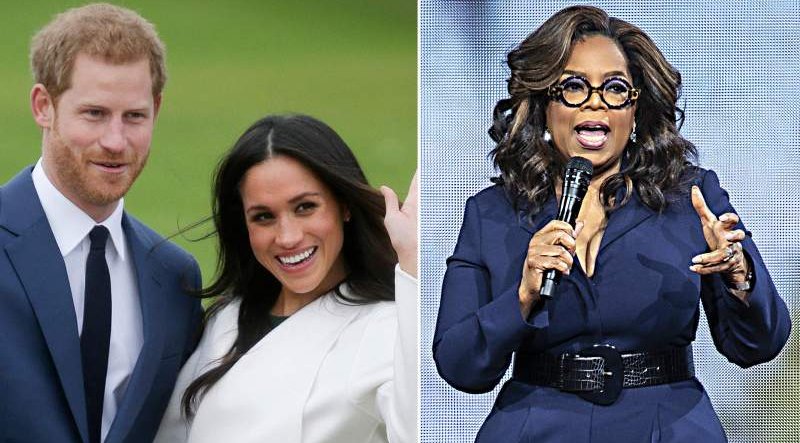 Meghan Markle and Prince Harry’s first major interview since splitting with the British Royal Family has sparked a hot bidding war in the U.K. for rights to air the highly coveted Oprah Winfrey interview, with ITV emerging as the frontrunner for the program.

Sources have revealed that Comcast-backed pay-TV operator Sky and free-to-air player ITV were among those bidding for the CBS primetime special, hosted by Oprah Winfrey. It’s not believed that streaming giants Amazon or Netflix are in the running.

On Tuesday, a BBC source confirmed that the public broadcaster is not involved in the process. “The BBC is not involved in a bidding war on this,” said the source. As of Wednesday, Feb.24, it’s believed that Sky is also out of the running, which leaves just ITV as the main contender.

It’s understood that ViacomCBS Global Distribution Group, which will be selling the program overseas, is keen for the interview to land on a free-to-air broadcaster, which would ensure a significant profile in the U.K. It will undoubtedly in the end also come down to what platform Markle and Prince Harry prefer it to be broadcast on.

ITV, in particular, has a proven track record hosting content featuring the British Royals, notably the annual “Royal Variety Performance,” which is attended by senior members of the Royal Family.

Markle and Prince Harry also gave one of their most high-profile interviews to date to ITV journalist Tom Bradby as part of the broadcaster’s 2019 documentary “Harry & Meghan: An African Journey,” during which Bradby famously asked Megan whether she was okay — a very human gesture that Markle even referenced in her recent op-ed in the New York Times.

Other potential U.K. broadcast partners include ViacomCBS-backed Channel 5, which airs its share of archive-driven royal fare, as well as Channel 4. Channel 5 doesn’t have a track record of winning such high-profile interviews, and it’s not necessarily the most obvious home for the special, but ViacomCBS backing may help its case. Meanwhile, Channel 4, which aired an “Alternative Christmas Message” from a deepfake Queen Elizabeth II over the holidays, may not be the best cultural fit!

It had been reported that Harry And Meghan might have had to re-shoot some parts of their interview with Oprah Winfrey after being stripped of their royal patronages by Buckingham Palace.

Show timing is a problem

The Queen’s annual Commonwealth broadcast is due to air on BBC One on Sunday, March 7, the same day as the CBS interview. Pre-recorded at Windsor Castle, the broadcast is part of the Anita Rani-hosted program “A Celebration For Commonwealth Day,” which will also feature the Prince of Wales, the Duchess of Cornwall, the Duke and Duchess of Cambridge and the Countess of Wessex.

Last year, the Commonwealth program aired at 2:15 p.m. U.K. time, but it’s still unknown when this year’s edition will air. If it airs in the evening, the BBC would have been looking at a near back-to-back block of royal programming.

The couple’s interview is due to air on CBS at 8 p.m. ET/PST, which will be 1 a.m. in the U.K. The more likely scenario then would be a Monday broadcast in the U.K.

Oprah Winfrey will first speak with Meghan Markle, the Duchess of Sussex, about stepping into royal life, marriage, motherhood, her philanthropic work and how she handles life under the public eye. The two will then be joined by Prince Harry to discuss their move to the United States and future goals.

It is bound to be TV gold and will likely attract millions of viewers from all over the world- not to be missed!