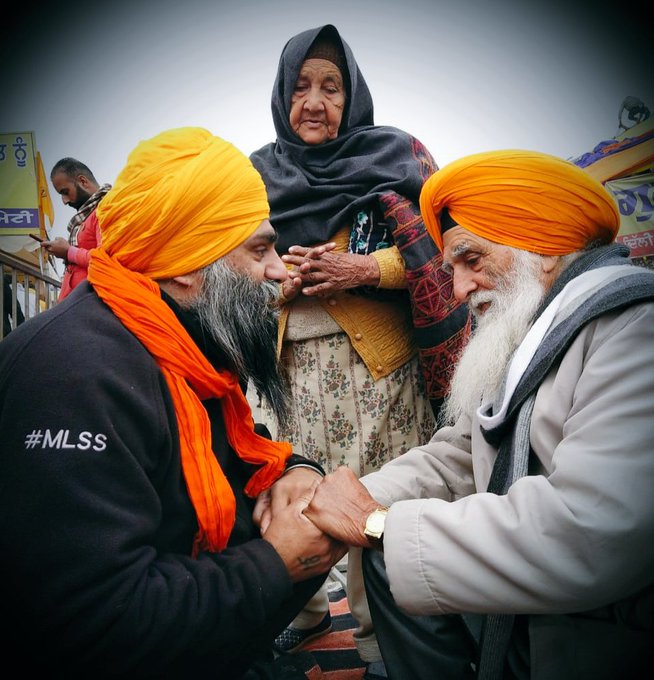 PRIDE of Birmingham winner and Pride of Britain finalist, Randhir Singh, was so horrified at the treatment of farmers demonstrating outside Delhi that he flew to India in December to see how he could help.

The 47-year-old was nominated for the Pride awards for his work running the Langar Seva Society which provides 45,000 meals a week to the less fortunate and homeless in the UK.

But after seeing “elderly women with black eyes in India” following demonstrations which have claimed the lives of more than 120 protestors, he was determined to see what he could do, questioning “how can this be happening in modern India”.

The charity founder told The Mirror that as he left his home to fly to Delhi two months ago, his wife was in tears, adding: “I wasn’t sure I’d be coming back because of all the trouble”:

And his anxiety levels were heightened when the internet was shut down, and he couldn’t call back to the UK.

But he remained determined and has been standing “shoulder to shoulder” with protestors of all ages, from children to 90-year-olds, and helping farmers with food and essentials.

Farmers began protesting last December after laws around the sale, price and storage of farm produce were loosened.

While big agricultural farms reap the rewards of the law changes, small farmers are being crippled by the changes.

Mr Singh was born in the UK and lives in Walsall in the West Midlands, but his family farmed land in Punjab for generations.

As many of you may already know, access to water has been denied at the #FarmersProtests and the summer is approaching.We are in the process of setting up a reverse osmosis water purifier filtration system at Tikri border@Kisanektamorcha@MidlandLangar @punjabtimes4u @SikhPA pic.twitter.com/SNscBxGLMC