Recent and interesting news in brief from across Mallorca 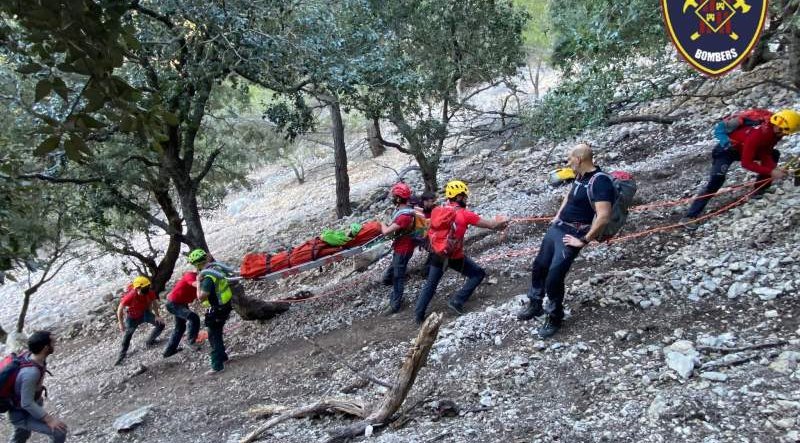 Nasty fall
ON Saturday February 20 the Mallorca Fire Service received an emergency call concerning a 40-year-old woman who had fallen and injured herself near the Can Boqueta ravine (Deia). It transpired that she had a possible broken leg and the fire fighters stretchered her out of the ravine to allow evacuation by a helicopter.
Copped out
THREE men have been arrested at the Son Bonet airfield after a worker spotted them acting suspiciously and called the Guardia Civil. Officers then discovered that the suspects (who had records for similar attempted crimes) were trying to steal copper pipes valued at around €20,000.
Storm damage
MAYOR of Manacor Miquel Oliver has publicly thanked the Minister of Education Martí March for the very prompt response that was given to initiate repair work, assisting local Council workers, at the CEPA Llevant following damage caused by Storm Hortense at an estimated cost of €27,600.
Happy Birthday
THERE is always some good news somewhere despite the illness and economic woes with the latest being in Llucmajor where the Council has wished senior citizen and local resident Jaume Lladó Bortone a very Happy Birthday. There are quite a few centenarians in Mallorca, but Jaume has now been alive for 104 years.
Green energy
THE Pollensa Council has installed a number of solar panels above selected parking spaces in the car park by the Municipal Pavilion which will help to supply the needs of the nearby sporting facilities and in addition will be used by two charging points for electric vehicles.
Seattle sound
ONE of the bands to emerge from the Seattle music scene around the same time as Nirvana were the Posies and they are planning to undertake a world tour later this year which will see them (if all goes well) playing 14 dates in Spain including one in Mallorca at a venue to be confirmed on September 14.
Day centres
AS vaccines have become available, the Balearic Government has decided to arrange for nurses to visit various elderly persons day centres around the islands and to vaccinate people there.  The plan is for up to 1,335 people on Mallorca, both elderly users of the day centres and staff to be vaccinated over the next 10 days.

Thank you for taking the time to read this news article “Recent and interesting news in brief from across Mallorca”. For more UK daily news, Spanish daily news and Global news stories, visit the Euro Weekly News home page.