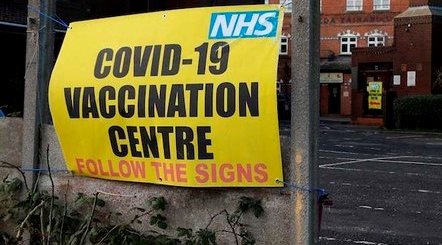 CONCERNED that Covid could become a disease of poverty, Runnymead Trust thinktank is urging the government to offer door-to-door vaccines in deprived and minority ethnic hard to reach communities.

Experts fear significant inequalities in vaccine uptake in certain areas of the country could result to the “vaccine-rich” being protected while the virus remains a threat and continues to spread in disadvantaged areas.

The Trust’s Chief Executive, Dr Halima Begum told The Guardian that if people were unable or reluntant to visit their local GP surgery, vaccine centre or hospital, then the NHS should go to them to administer the jab.

This is currently the case with those who are registered with their GP as housebound or immobile, but Runnymead Trust wants to see this extended to black, Asian and minority ethnic (BAME) communities who its says are particularly vulnerable to being left unvaccinated.

Dr Begum said that while there are plenty of vaccination centres in inner cities, a high number of people, particularly the elderly, are unable to get there and urged the government to “take the jab door to door where necessary”.

A report last week showed that in Birmingham’s Sparkbrook and Balsall Heath East, an inner-city area home to a large Somali population and where 90 per cent of residents are BAME, only 57 per cent of over-80s had had their first jab compared.

The estimated figure nationally is 93.4 per cent.

Begum told The Guardian that the UK could not afford to have a vaccine divide and that rapid solutions were needed, and as such door-to-door jabs at people’s homes should be given serious consideration.

Failure to act, she said, could risk communities being blamed for allowing Covid to continue spreading.