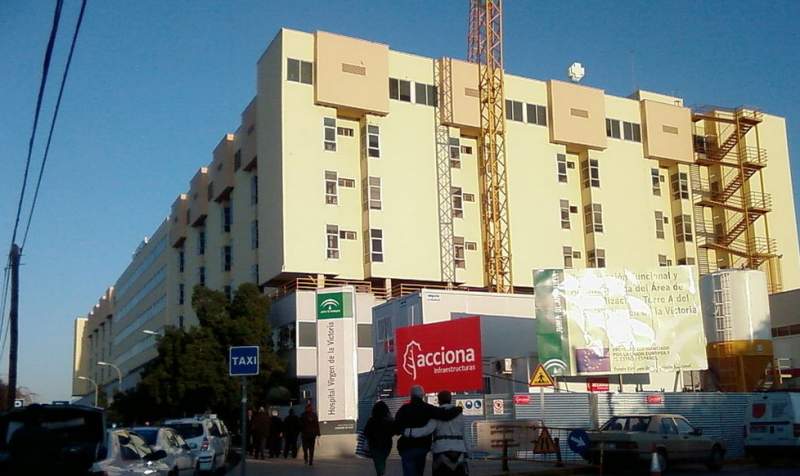 In what is an unprecedented medical case, Malaga’s Virgen De La Victoria Hospital has taken legal action against a patient who uploaded a video onto social media in which he verbally discredited members of the hospital staff, which constitutes a crime, as it is illegal to record any video inside a medical facility, as reported by malagahoy.es.
A spokesman for the hospital confirmed that they have contacted the Prosecutor’s Office and reported the man who had made the video whilst in care, but then uploaded the video after being discharged, stating that the video damages the image of the hospital and its staff, adding that the video has since been removed from the internet by the man.

In addition to going to the Public Prosecutor’s Office, the health center has opened an internal informative file. In fact, after the video was published, the hospital interviewed the professionals of the two departments that attended the patient during his hospitalization.

Juan José Sánchez, the provincial secretary of the Nursing Union, Satse, indicated that their union was contemplating initiating its own legal action against the man, stating, “It cannot be tolerated to seek repercussions on social networks by violating the rights of professionals”.
The Malaga College of Nursing, without directly alluding to the video, issued a statement in which it warns of legal action in the face of discrediting comments against these professionals on social networks.
It said that “together with legal counsel, we evaluate and study each of the cases that come against our group, with the aim of analyzing whether there is damage and whether it is a reportable conduct and situation”.
Continuing, “this department has studied, studies and will study any complaint, disparagement, vexatious comment or breach of the law against the nursing collective, acting accordingly, if necessary”.
Miguel Ángel Guerrero, the delegate of the Union of Nursing Technicians (SAE), expressed his support both for the professionals at the center and for the complaint filed by the hospital management, “We are overwhelmed by the situation, physically and emotionally exhausted and to see a patient who allows himself to defame the professionals in this way, who confesses how he uses the distress button, who asks for anything to see who will take him, is nothing but a form of mistreatment”.
_______________________________________________________
Thank you for taking the time to read this news article “Málaga Hospital Reports A Patient For Posting Illegal Social Media Video”.
For more UK daily news, Spanish daily news and, Global news stories, visit the Euro Weekly News home page.