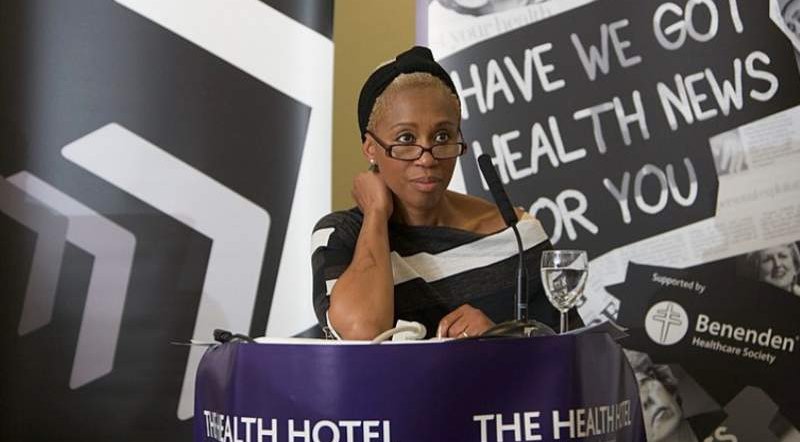 Trisha Goddard, the star of television’s popular BAFTA-winning morning chat show ‘Trisha‘, speaking on ‘Piers Morgan’s Life Stories’ revealed how her Australian politician husband, Robert Nestdale, who was secretly gay, had unprotected sex with her when he was knowingly HIV positive.

Robert died in 1989 of AIDS, with the couple only married for eight months, with Piers saying to Trisha, “He died in 1989. And you thought he’d had Leukemia. He told you that, but it turned out that he died of AIDS”.

Piers said about Robert, “Although you had not much of a physical marriage, you had had sex unprotected with a man who knew he was HIV positive”, with Trisha replying, “he put my life on the line to hide his sexuality”, but admitted feeling sorry for him “because he must have been going through hell”.

Trisha recalled she took an HIV test then had a nervy three-week wait to find out if she was also HIV positive, and not only that but the scare of if she had maybe given HIV to her daughter Billie through breastfeeding, recalling that she didn’t “know how I got through it”.

Piers then asked her, ‘Do you know how he got HIV? Did you assume after all that that maybe he’d been gay, but you think maybe he was leading a double life of some sort?”, to which Trisha responded, “You know what? I feel sorry for him. I actually ended up joining the Terrence Higgins Trust. But you can’t come out”.

Robert passed away just weeks after Trisha gave birth to daughter Billie with second husband Mark Grieve – with the star only learning Robert had died of AIDS at his funeral.

Thank you for taking the time to read this news article “Trisha Goddard Reveals Her Husband Had Unprotected Sex With Her While HIV Positive”.