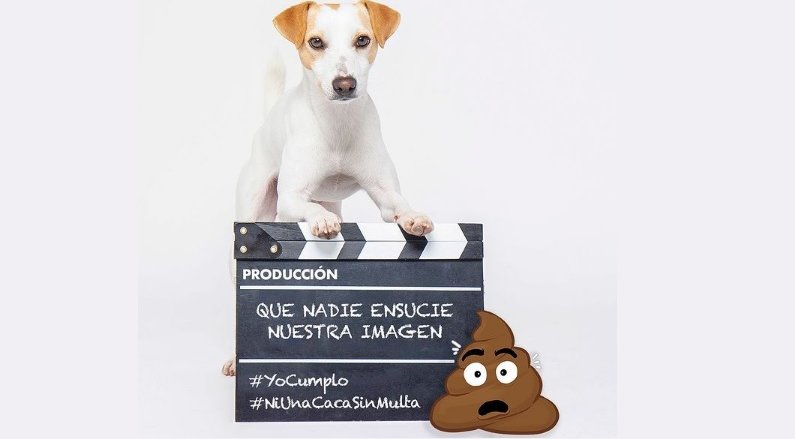 ONLY 992 fines were issued for leaving dog excrement on the streets of Spain throughout 2019.

According to a study carried out by ‘Pipper on Tour’ based on official data from the capital cities of all provinces, failing to collect dog poop is practically free.

Despite fines ranging from €60 to €600, a little higher in Madrid at between €750 and €1,500, the study has found that offenders do not get fined, on average there are only two fines per month. In most, no more than 10 fines were given throughout the year. Malaga and Huelva issue the most fines, while Albacete, Cuenca, Jaen, Lugo, Pontevedra, Tarragona, Teruel and Zamora did not fine anyone.

People do not rate city councils very well either and only give them a score of 3.6 out of 10 for how they deal with cleaning dog droppings.

City councils claim that the difficulty lies in catching the offenders red-handed either without baggies or failing to pick up droppings.

Malaga, the only capital city which persecutes offenders by analysing the DNA of the droppings, issued 262 fines in 2019.

The laxity in controlling this situation means that people are dissatisfied, because most comply with regulations, but say that because of the dirty few, they all get blamed.

The councils told Pipper on Tour that they can’t put a police officer on every corner, so most offenders go unpunished, according to national Spanish daily ABC.

Many councils have developed awareness campaigns and provide baggies for droppings, but there are people who do not fulfil their obligations. Pipper the ‘influencer’ dog has brought together pets from all over Spain in a campaign on social media in hope of making people more civil minded and for fines to be imposed upon those who aren’t. The campaign is being carried out with the slogan ‘Let no one dirty our image’ and the hashtags #YoCumplo and #NiUnaCacaSinMulta.