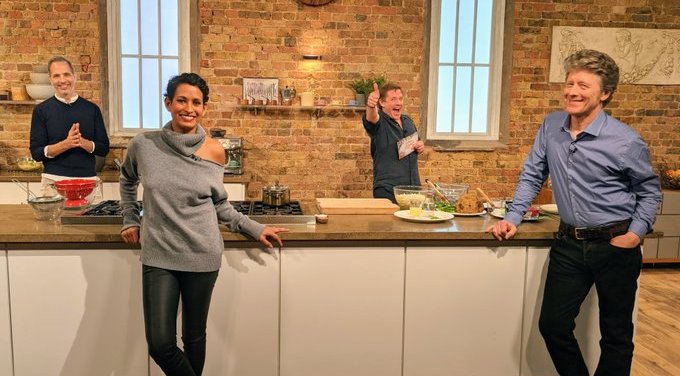 BBC Breakfast hosts are roasted once again, this time over their fiasco of a performance on Saturday Kitchen

It seems that controversial BBC Breakfast host Naga Munchetty is rarely out of the news lately, but this time she is joined by fellow presenter Charlie Stayt in being thoroughly roasted over her performance on the latest episode of hit cooking show, Saturday Kitchen, aired on February 20. Branded as ‘obnoxious’ and ‘self-absorbed’ by fans, their appearance sparked more than one hundred complaints accusing the duo of being rude and insulting to the host of the cooking show, Matt Tebbutt.

Twitter also lit up during and after the programme aired, with fans left baffled when Mr Stayt grabbed the presenter’s cue cards and the two began mocking his questions, with Ms Munchetty even making snoring sounds. When asked how they switch off from reporting often depressing news, Ms Munchetty looked directly at the camera and sarcastically replied: ‘If you want to switch off the news, don’t watch Saturday Kitchen’.

Faced with more than 100 official complaints a week after the show was televised, the BBC made a statement claiming that the Breakfast hosts were simply having fun and responding to the relaxed atmosphere of Saturday Kitchen.

The statement reads: ‘Saturday Kitchen Live’s format allows for an informal chatty style and the guests are encouraged to feel relaxed in the studio…

‘Some viewers found the behaviour and comments of the guests this week to be inappropriate and that they were rude to presenter Matt.

‘We appreciate the feedback and we shared it with the Saturday Kitchen team.’

However, many fans weren’t convinced and took to social media to voice their disapproval.

‘I have to say I think Matt did a brilliant job ‘cos Naga & Charlie were pretty awful guests in my opinion! I thought they were very rude and disruptive- they are fellow presenters!’ one user wrote.

Another tweeted: ‘Their behaviour has been appallingly cringeworthy. Matt has handled them very well – congratulations to him! I’d love to see how the breakfast hosts would deal with equally obnoxious guests.’