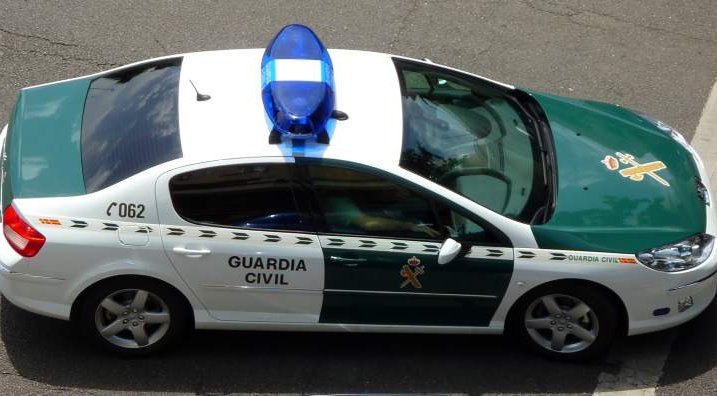 AN OFF-DUTY Guardia Civil officer has been praised after he prevented a Madrid woman being murdered.

Guardia Civil officer Jose Javier Merida was off-duty when he acted to prevent a woman being murdered by her husband in Madrid.

The incident took place when the officer, who was born in Granada but is stationed in Campo Real, a town in Madrid, when he heard screaming as he walked through Plaza Mayor.

The officer told one publication he heard three people screaming in a shop, before a local official who recognised him said, “Jose, come here, he’s killing her.”

Merida says he entered the food shop and found the owner of the store lying on the ground, next to a pool of blood, with her husband on her, trying to strangle her with his hands.

The officer told media: “It was a marriage that, until now, had never caused any problems,.”

He said: “I identified myself, I told him to let her go. He ignored me and so I had to restrain him. I forced him to the ground using self-defence techniques and I had to take him outside.”

The officer says he did not have any handcuffs with him and so stayed with the man until his colleagues from the Guardia Civil and Local Police arrived.

The male suspect was transferred to a Madrid hospital after being wounded in the confrontation, while the wife was treated at the scene for bruising and cuts.

Officer Merida said: “They summoned me to the court to testify, even though I was off duty. The judge thanked me for saving the woman.

“More than the reward that they give you later in the form of congratulations or some kind of recognition, above all, it is the satisfaction of a fulfilling your duty.”

“It is true that it is a very beautiful humanitarian service, where you save a person from what could have ended in something tragic, and more so when you are off duty, with what that implies. But hey, if my superiors deem it appropriate some kind of recognition and decoration, I will receive it with great pride.”