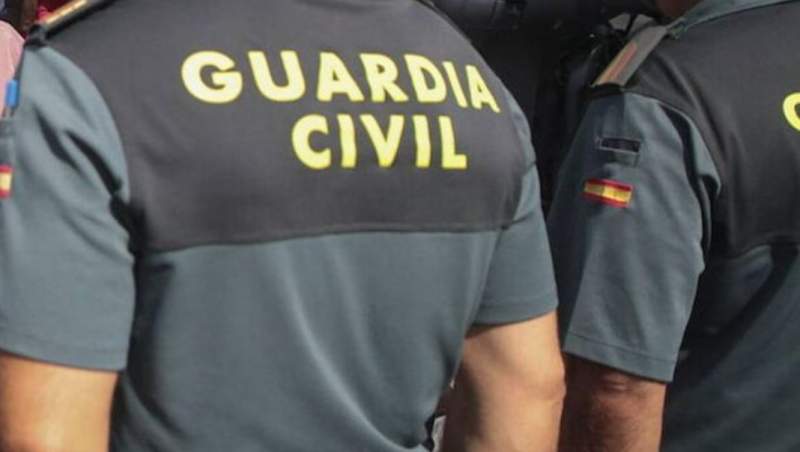 VILLAFRANCA Guardia Civil Barracks Broken Into On Friday Evening, With One Weapon And Uniforms Stolen

The Guardia Civil responded rapidly today (Saturday 27) in arresting an unspecified number of people for the break-in and robbery that took place last night, Friday, at the Villafranca de Los Caballeros barracks in Toledo.

Sources from the Government Delegation in Castilla-La Mancha informed Efe that the events took place at around dawn on Saturday morning, and as quickly as this Saturday afternoon several people have been arrested in Camuñas, Toledo, as alleged perpetrators of a crime of breaking and entering, and robbery.

The source reported that the Civil Guard is waiting to obtain a warrant to conduct the search of a house, although they have not specified whether it is in Camuñas or Villafranca de Los Caballeros.

Other sources from the Spanish Association of Civil Guards (AEGC) have explained to Efe that the break-in was carried out by individuals who knew that Villafranca de Los Caballeros barracks was unoccupied at that time of the morning, because they had spotted the patrol out on duty that same night, conducting their routine pandemic patrols.

These same sources pointed out that the robbers could have taken at least two pistols, as well as different uniforms and other belongings from the barracks, and that their arrest had been swift after being identified in surveillance camera footage.

In a press release, the AEGC has regretted that this assault confirms the warnings that the association has been making that barracks such as Villafranca de Los Caballeros, “with few personnel, and without protection measures, are a ‘piece of cake’ for criminals, who know that they will not meet any resistance because in many of them the agents do not even live anymore and therefore they remain more hours without surveillance”.

The AEGC also asked a very interesting question when saying, “what happened in Villafranca de Los Caballeros is a new warning to the Ministry of the Interior to take measures to prevent these assaults, because on this occasion, as on others, they have been common criminals, but what would have happened if would they have been terrorists?”.

Thank you for taking the time to read this news article “Villafranca Guardia Civil Barracks Broken Into With One Weapon And Uniforms Stolen”.