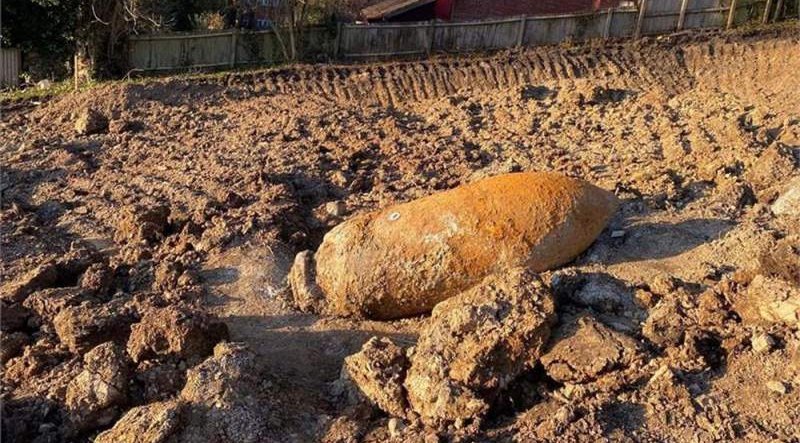 Watch The Video As World War II Bomb Is Detonated In Exeter.

THOUSANDS of Exeter residents were evacuated from their homes this morning as authorities attended to an unexploded Second World War bomb that was found in the area. University students from the nearby university had to be evacuated from their 12 halls of residence. Watch the terrific explosion that was triggered by a remote detonation from the army bomb squad. Video courtesy Devon and Cornwall Police.

UPDATE: This is the moment a WW2 bomb was detonated in #Exeter. Image courtesy of Exeter City Council. #Police would like to thank the residents of Exeter, particularly the 2,600 evacuated households and our partner agencies who have worked so hard to ensure the safety of all pic.twitter.com/fhxJFqBqT8

The explosion could be heard for miles when the Second World War bomb found in Exeter was detonated. Devon and Cornwall Police were alerted after the device was discovered on a building site on private land to the west of the University of Exeter campus at about 9.20 am on Friday, Feb. 26.

Initially, a 100-metre cordon was erected, but this was extended to 400 metres on Saturday at the request of the Royal Navy bomb disposal team. Around 2,600 properties in the vicinity of Glenthorne Road, including 1,400 university students, were evacuated on Friday and Saturday.

Police warned that a “loud bang” was expected when the bomb was detonated on Saturday evening, but said there was no cause for alarm as the cordon meant there were no health risks to anyone beyond its perimeter.

Speaking ahead of the detonation, a force spokesman said pets and small children should be kept indoors and people should not gather outside.

“Personnel from the Army’s Royal Logistics Corps took over from Royal Navy bomb disposal experts this morning in preparation for the controlled detonation of the device. Both teams have been responsible for erecting a walled mitigation structure,” he said. This afternoon, trenches had also been created to prevent ground shock.

“After the detonation, assessments will be conducted by various utility companies prior to residents returning. It is anticipated that the majority of residents will be able to return home this evening.” Students were not however allowed back into their halls of residence tonight as police said further checks needed to be made in the area.