Another 90s Pop-Culture Classic Set to be Revived 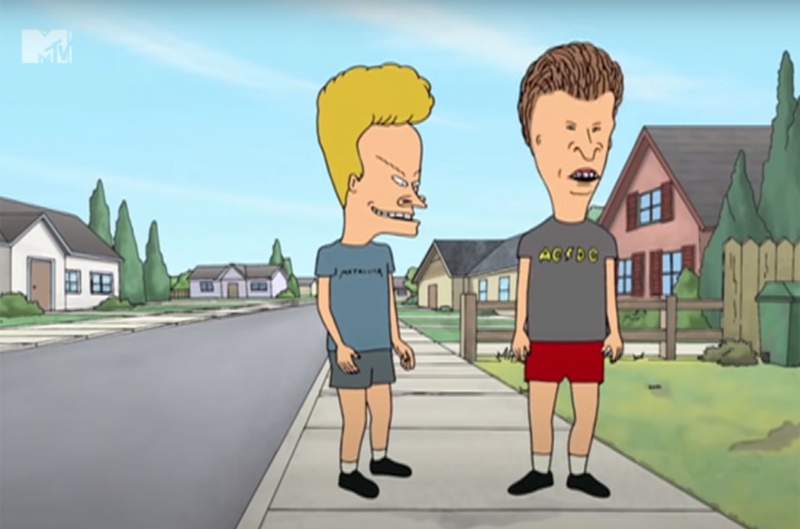 Another 90s Pop-Culture Classic Set to be Revived.

HEAVY METAL loving Beavis And Butt-Head, the juvenile pairing made famous with their obnoxious laughs on MTV back in the 90s, are set to make their long-awaited return – to the big screen.

The animated couch potatoes look set to be revived for a brand new generation of fans to enjoy after the movie adaptation was announced by MTV Entertainment Group president Chris McCarthy during ViacomCBS’s Paramount+ launch event via Zoom. The two cartoon teenagers joined the call, announcing the news, “So like, eh…we’re making a movie.” Beavis added: “And it’s gonna be on Paramount+ — kick-ass”, followed by a moment of sniggering at the use of the word “mount”.

Paramount +, the arm of the US production company Paramount, has also announced recently that they are set to host reboots of Frasier and children’s show Rugrats.

US TV show Frasier looks set for a reboot after 17 years away from our screens as Dr Frasier Crane actor, Kelsey Grammer, confirmed the show’s revival saying: “I gleefully anticipate sharing the next chapter in the continuing journey of Dr Frasier Crane.”

After a successful run that saw its audience enjoy 263 episodes between 1993 and 2004, Frasier, produced by CBS Studios, looks set to join new streaming service Paramount+ in the US.

While the first images and sneak peek clip have been released ahead of a reboot of the classic kid’s TV show Rugrats, which ran from 1991 to 2004, with Ramsey Naito, the president of Nickelodeon Animation, stating that she was excited to have the characters brought back to life.

She said: “Rugrats is one of the most iconic cartoons recognized by fans around the globe, and this original version is one we are taking great care and pride in creating for a brand-new audience.

“Having the voice cast behind these special characters come together is one of the essential pieces to making the show recognizable and we can’t wait to watch this talented group bring them to life again.”