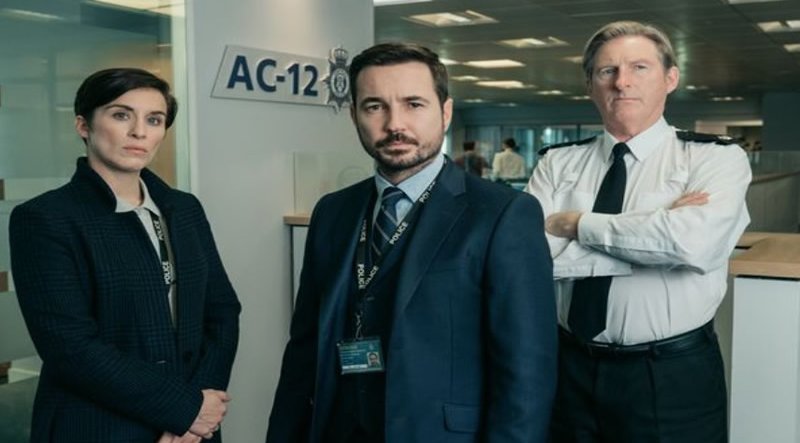 Who Do Think Is "H" In Line Of Duty?. image: twitter

One of the BBC’s most popular cop drama series of recent years, ‘Line Of Duty’ will make a confirmed return to TV screens, after filming began in Belfast, Northern Ireland, back in February 2020, but after Covid-19 hit, filming was put on hold.

Season six is now confirmed as airing on March 21, with the BBC screening a teasing trailer today (Saturday 27), during the Six Nations rugby match. In the trailer, which is short, but tense, Superintendent Hastings, is seen making an announcement during a standoff, while sirens whirl all around him.

The storylines in all five seasons so far, dealing with corruption at high-levels in the police force, have made compelling viewing, starring Vicky McLure as DC Kate Fleming, Martin Compston as DS Arnott, and Adrian Dunbar as Superintendent Ted Hastings.

Season six will have newcomers and some guest stars, including Kelly Macdonald who will play the part of guest lead Detective Chief Inspector Joanne Davidson, along with AC-12 team newcomer Shalom Brune-Franklin, as DC Chloe Bishop.

Writer Jed Mercurio, speaking ahead of season six, suggested he had plenty more material for upcoming shows, telling The Sun, “Season six proves there is much more ground for us still to cover, in terms of other projects. I really want to carry on with Line Of Duty.”

He added, “I am in a fortunate position as a writer, getting to the point where people watch your work in such large numbers and you get a little bit of name recognition as well. I always encourage the actors to take centre stage as they drive all the publicity”.

Thank you for taking the time to read this news article “BBC’s Hit Cop Drama ‘Line Of Duty’ Season Six To Finally Air Next Month”.