Gucci Joins Forces with ‘Vs. Everybody’ Founder for Huge New Collection 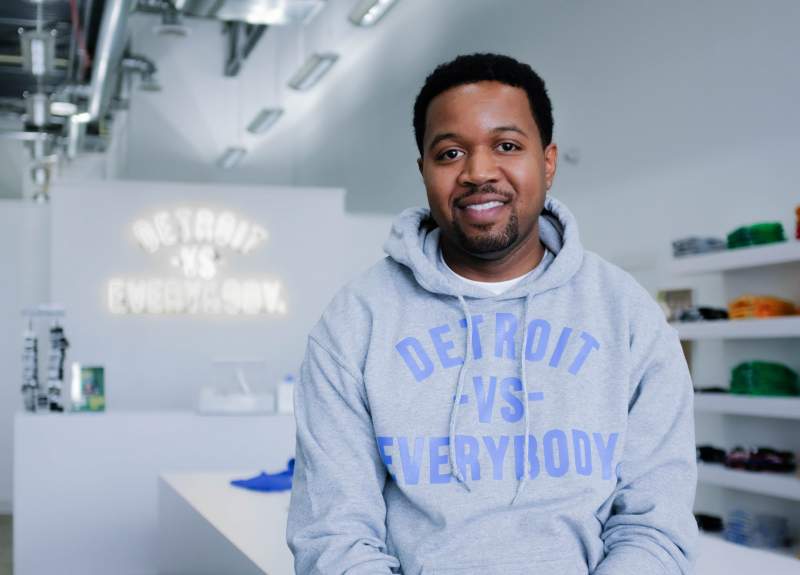 Gucci Joins Forces with ‘Vs. Everybody’ Founder for Huge New Collection.

TOMMEY WALKER, founder of the brand ‘Vs. Everybody’, is set to release a new collection with worldwide Italian fashion brand Gucci.

The Vs. Everybody brand has become globally known with people from nearly every city in the world launching their own spin. However, Walker was the originator, launching the ‘Detroit Vs. Everybody’ brand back in 2012 and now he is set to launch a new collection that officially connects eleven other US cities to the brand via the Gucci brand.

“A collaboration of this nature is completely unique to this planet,” Walker said in an interview earlier this month. “I’ve gone back through Gucci’s past and I’ve seen other collaborations with other artists. But it was brands that were on a different level. This opportunity, (myself) and this brand existing in this space will give ultimate inspiration to creators. This completely changes things.”

The new collection, which launches Monday, March 1, will see 11 US cities join Detroit on the other side of the “Vs.” Those cities include Atlanta, Chicago, Houston, Los Angeles, Miami, New Orleans, New York, Philadelphia, San Francisco and Washington, D.C.

Speaking during an interview back in 2017, Walker stated that he started the iconic brand in 2012 during one’s of Detroit’s most tumultuous times.

“I came up with the idea one summer day driving down Jefferson to my apartment.

“I had just gotten back home from a trip to California. It was around the time of the ending of the Kwame Kilpatrick scandal. Before I left for the trip, I was packing and watching the news, and the story was the Kwame scandal.

“This was normal for Detroit at the time because that is literally all they ever discussed on the news. When I got to California safely and made it to my room, I turned on the TV and realised that this was headline news all over the country.”

As reported by the Detroit Free Press, each shirt features a city with the Vs. Everybody slogan underneath, and vertically on the back of the shirt is Gucci’s logo. The shirt can be purchased on Gucci’s website. Gucci will release a Gucci Vs. Everybody T-shirt, which is only available at the company’s flagship store.