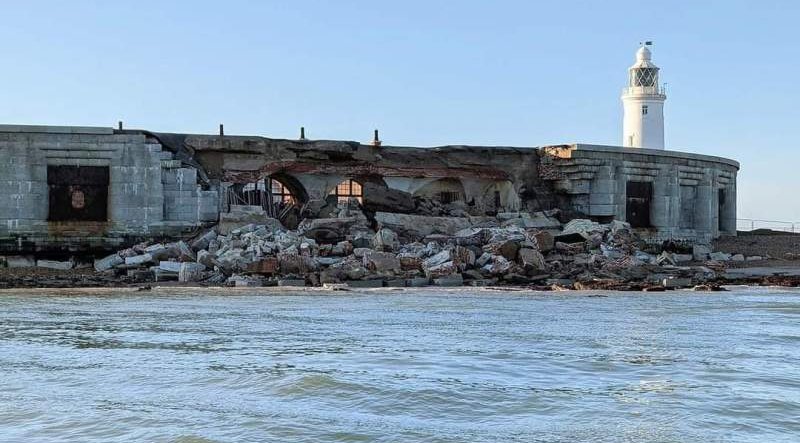 Part of the east wing of King Henry VIII’s Hurst Castle near Milford-on-Sea in Lymington has sadly plunged into the sea after fierce storms battered the foundations, according to English Heritage. Experts claim that they had known for some time that the walls had been badly eroded by the sea, and that work to stabilise the historic building was due to commence in the coming days. In fact, back in 2019 a huge £750,000 project was undertaken to restore the west wing, which faced the same problems.

A spokesperson for the charity said on Friday, February 26 after the devastating event that “until the storm of 23 February, there were no signs of any major structural problems.”

Hurst Castle was originally built by notorious Tudor King Henry VIII between 1541 and 1544 to protect Needles Passage against the French, and was eventually used as a prison during the 17th Century. Later, it was used during World Wars I and II and even housed a theatre to entertain soldiers during the Second World War.

Estates director Rob Woodshire said: “This is a devastating blow to a Hampshire icon and for all of us whose life’s work is to protect England’s historic buildings.”

He added that the Castle is among “the most challenging and most difficult heritage to protect” because of its “extremely vulnerable position, exposed to the full onslaught of the sea.”

“Located on a shingle spit, the castle faces the full force of the wind and waves,” he added.