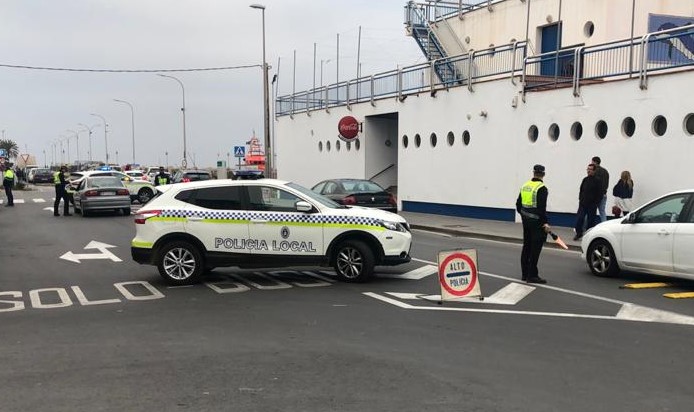 Pedal on UNTIL March 7, Adra’s Policia Local are paying special attention to cyclists in the town centre and on the outskirts, reminding cyclists of the importance of helmets and reflective clothing. Police are also examining their bikes, ensuring that they pose a danger neither to owners nor other road-users.
Open again WATER has returned to the fountains and network of ornamental channels at the Alcazaba in Almeria City following two months of work to put the circuit in working order once more.  The fortified monument of Moorish origin reopened last month and can be visited every day except Monday.
New lighting MOJACAR town hall’s Energy Efficiency will spend €656,631 on new streetlighting to reduce bills, greenhouse gas emissions and light pollution.  Ninety-five per cent of the funding will come from Spain’s Institute for Diversification and Energy Saving (IDEA) and the Diputacion, with the town hall contributing the remainder.
Stolen pallets THE Guardia Civil arrested a Viator resident following a two-month investigation into the theft of 90 wooden pallets worth €1,080 from a Vicar shopping centre.  After keeping watch, officers linked the thefts to a hired van habitually seen when the pallets disappeared, later identifying and arresting the driver.
RTVE chief ALMERIA-BORN Jose Manuel Perez Tornero was named as the future president of the state-owned broadcaster Radio Television Española. Perez-Tornero is a journalist, a professor at the University Autonomous of Barcelona and a UNESCO adviser as well as an EU consultant on audio-visual public services and digital literacy.
Good taste SERON ham recently figured in the popular Boom quiz show, shown each weekday evening on Antena 3.  Contestants who had to identify Spanish towns with the Protected Geographical Identification (IGP) label unhesitatingly named Seron, along with Mallorca, famous for its sobrasada, and Cantimpalos which is known for chorizo.
Free masks MOJACAR town hall distributed 13,000 facemasks to residents registered on the municipal Padron.  The masks, which were handed out at the Centre de Usos Multiples were a donation from the provincial council, the Diputacion, under its distribution programme for town with a population of fewer than 20,000 inhabitants.