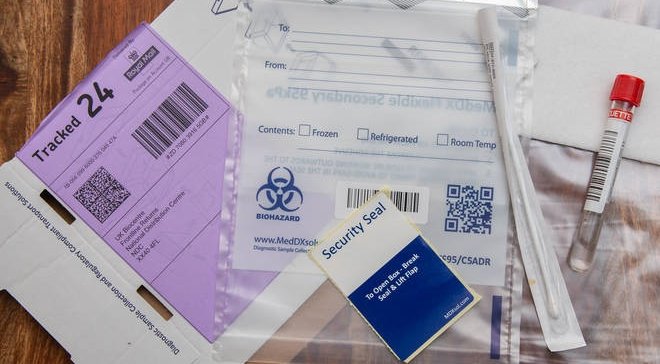 Whole Families In England With Schoolchildren Or College Students To Be Offered Home Tests Twice Weekly.

Whole families with children in school or college will be offered home-based Covid-19 tests twice a week, the government announced today, Sunday. Under plans for schools to safely reopen in England from March 8, free tests will be provided to pupils’ households as well as those in their childcare or support bubbles.

It is understood that the kits will be provided regardless of whether anyone has symptoms. The rapid tests will be ordered and collected from local sites or administered through workplace testing programmes, the Department of Health and Social Care (DHSC) said. Secondary and college pupils will be tested with lateral flow tests twice a week, receiving three initial tests at school before they start taking them at home.

Families with college-aged teenagers who are not studying are not included in the plans, the DHSC said.

The twice-weekly tests will also be offered to adults working with schools, such as bus drivers and after school club leaders. Education Secretary Gavin Williamson said testing family members “will provide yet another layer of reassurance to parents and education staff that schools are as safe as possible”.

Health Secretary Matt Hancock said: “Regular testing of households and childcare support bubbles of primary and secondary school children is another tool we are making available to help keep schools safe. We know that one in three people with Covid-19 don’t have any symptoms, so targeted, regular testing will mean more positive cases are kept out of schools and colleges.”

His department said the tests will be available from March 1 – a week before school are set to fully reopen.

Related: It would be “reckless” to bring back all pupils in England to school together on 8 March, says a joint statement by teachers’ unions.

Rather than risk another “spike” in infections, they are calling for a more “cautious” and “phased” return. Nine teachers’ and head teachers’ unions have urged the government to commit to that date only if scientific evidence is clear that it is safe.

The collective statement from education unions says they are committed to bringing children back into the classroom as soon as possible – but have concerns it may lead to another surge in the virus.