Another Bundesliga Manager Has Been Sacked 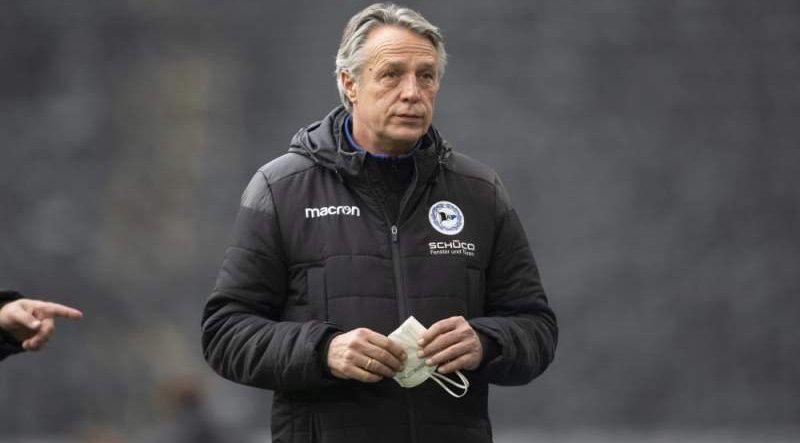 Another Bundesliga Manager Has Been Sacked.

ARMINIA BIELEFELD have sacked manager Uwe Neuhaus, according to consistent media reports. The decision was made on Monday, March 1 in a joint meeting of the management and the supervisory board.

Neuhaus’ dismissal comes after the club finds themselves in 16th position in the Bundesliga table after achieving only one point from five games despite earning 13 points from the previous eight games. However, the season started poorly before the mid-season pick-up and then subsequent decline, with the team slumping to seven defeats in a row.

Fans have reacted to the news with one user on Twitter writing: “Uwe Neuhaus took us from a relegation battle in 2. Bundesliga, to promotion and a title win, and then has kept us out of the automatic relegation places for almost the whole season. He does not deserve this.”

The news of the dismal at Bielefeld comes a day after Schalke sacked their manager Christian Gross after their 16th league defeat – a 5-1 loss to Stuttgart on Saturday, February 27 – left the side rock bottom of the Bundesliga.

“The decisions made today became inevitable after the disappointing results against Dortmund and Stuttgart,” said Jens Buchta, the head of the supervisory board, on February 28. “We must not beat around the bush: The sporting situation is obvious. That’s why we must think ahead to the new season with every personnel decision we take now.”

Gross and his team were said to have been dismissed following a player revolt led by loanee from Arsenal Sead Kolasinac and former Gunner Shkodran Mustafi, as well as Klaas-Jan Huntelaar. The players have allegedly cited poor training organisation, limited tactical impetus, and misnaming players as their reasoning for the revolt.

Thank you for taking the time to read this news article “Another Bundesliga Manager Has Been Sacked”. For more UK daily news, Spanish daily news and Global news stories, visit the Euro Weekly News home page.