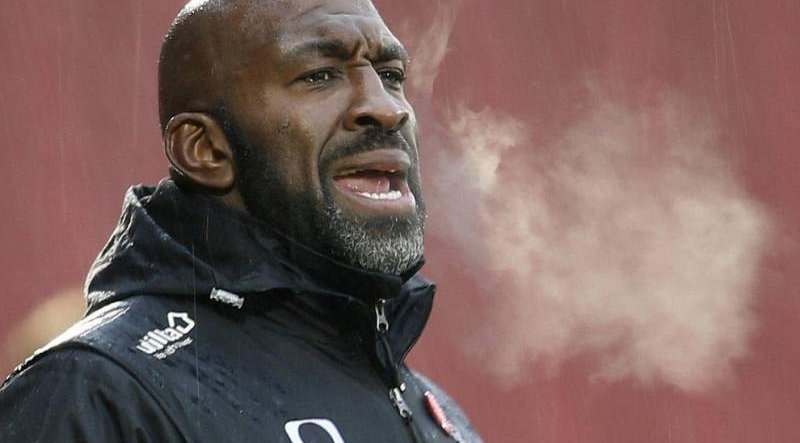 DARREN MOORE has been appointed the new manager of Sheffield Wednesday after leaving League One Doncaster Rovers in a move that surprised the Doncaster club.

The highly-regarded 46-year-old, who as a player made more than 654 senior appearances for a raft of clubs as a player over two decades, representing Torquay, Doncaster, Bradford, Portsmouth, West Brom, Derby, Barnsley and Burton, brings an impressive CV to S6 on both sides of the white line. He also capped three caps times for the Jamaican national side.

Moore moved into management in April 2018 with West Brom on a caretaker basis and nearly saved them Premier League relegation – even earning himself the Premier League Manager of the Month accolade for April along the way.

After his surprising departure from the Baggies he joined Doncaster in July 2019 and has led them into the play-off positions this season having been six points shy of the play-offs with a game in hand last season, before it ended abruptly due to COVID.

Moore joins the Owls with immediate effect and will be in charge for Wednesday night’s Championship clash with Rotherham at Hillsborough.

Meanwhile, Andy Butler has been put in charge of managing Doncaster Rovers with immediate effect.

Doncaster Rovers chairman David Blunt said: “We are disappointed that Darren has chosen to leave the club partway through what has been a season full of promise.

“We have made significant efforts to support Darren over the past 18-months and ensure he was able to build a team capable of challenging in the top six. This has included supporting him through the past two transfer windows despite the difficult financial circumstances.

“Our ambitions remain to achieve a top six finish and we hope and expect that Andy will use this time to put himself in the prime position to secure the role on a permanent basis at the end of the season. Andy’s first priority will be to halt the team’s recent run of poor form and put our season back on track.”