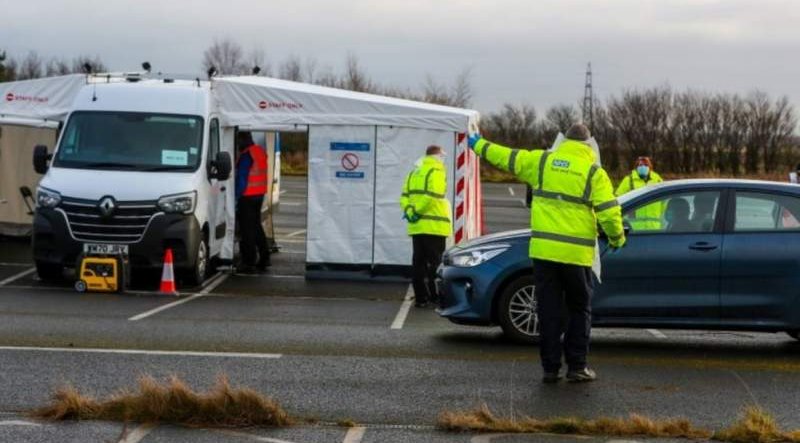 A HUNT is underway to locate one of the first people in the UK believed to have contracted the Manaus variant of coronavirus. This is a new strain that may spread more rapidly and respond less well to existing vaccines.

Public Health England (PHE) said on Sunday, Feb. 28, that six cases of the concerning P.1 variant first detected in the Brazilian city have now been confirmed in Britain, three in England and three in Scotland.

Two were confirmed in South Gloucestershire but the third English case has not been located and could be anywhere in the country. PHE said the person did not complete their test registration card, so their contact details are missing.

Anyone who took a test on February 12 or 13 and has not received a result, or has an uncompleted test registration card, is being asked to come forward immediately, as health officials scramble to track down the individual. Critics are saying that the development exposes the “weaknesses” in the border protections against new strains and condemned the Government for delaying toughening restrictions.

The Gloucestershire cluster was said to originate from one individual who travelled back from Brazil and arrived in London on February 10 – five days before the Government’s quarantine hotel policy came into force. The traveller isolated at home with the rest of their household under the rules in place at the time. One member exhibited Covid symptoms before getting a test.

It is understood there were four positive tests in total in that household, two of which were confirmed with genetic sequencing to be the P.1 variant. However, officials are awaiting the results of sequencing on the outstanding two tests to see if they were infected by the Manaus strain.

PHE and NHS Test and Trace are contacting the passengers on Swiss Air flight LX318 travelling from Sao Paulo, through Zurich, and landing in London Heathrow on February 10. Surge testing will be carried out in the Bradley Stoke, Patchway and Little Stoke areas of South Gloucestershire.

The remaining unlocated case is not believed to be linked to the others because the virus was found to have slight genetic differences. Officials said the individual’s test was processed on February 14, so believe it is likely they took it a day or two earlier.

They believe that person is unlikely to have taken their test at one of the regional test sites, where staff can check if contact details have been provided, but it could have been a home test or from local surge testing.

The search continues, please check back for updates to this story.