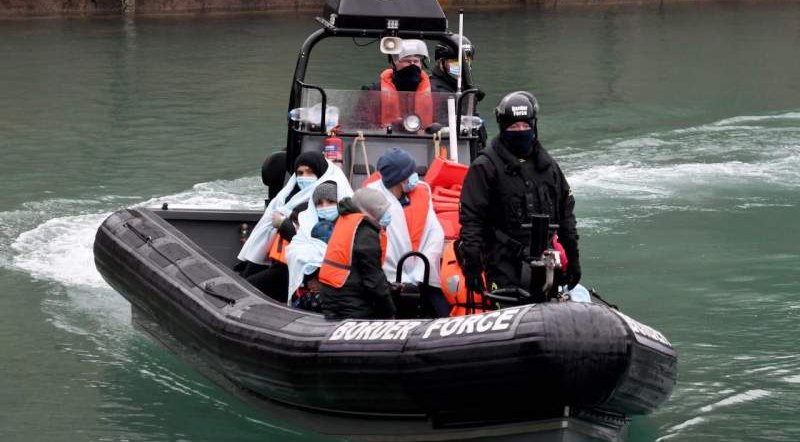 PEOPLE smugglers could face life sentences under home secretary Priti Patel’s plans to stem the number of migrants crossing the Channel in small boats. The Home Office said on Sunday, Feb. 28, that ministers would set out further details “in the coming weeks”.

Currently, the maximum sentence for people smuggling is 14 years’ jail, but the Times reported that Ms Patel is concerned that the average sentence received is just three years. A Home Office spokesperson said: “Whilst criminal gangs continue to put lives at risk it is right we consider every option to stop their exploitation of people.

The move will be part of a legislative shake-up that will also aim to make it more difficult for migrants to claim asylum and to make it easier to deport those who make it to the UK. It comes as 87 migrants crossed the Channel in warmer weather on Saturday, pushing this year’s total to 531 – 40 per cent higher than at the same time last year.

In 2020, a record 8,410 migrants were intercepted crossing the Channel in small boats, eight times the 2019 total. The surge in migrants this year comes despite the Government handing a further £29 million to the French to pay for extra police patrols on the beaches and increased surveillance.

The French authorities have so far succeeded in increasing the proportion prevented from crossing from 55 per cent to 70 per cent. However, the crackdown appears to have failed to reduce the overall number attempting to reach the UK.

The Home Office has already rewritten the law to declare any asylum claim by a migrant inadmissible if they have already passed through a safe country, including France. The additional measures, to be included in a new Sovereign Borders Bill, will also place curbs on “litigious” human rights claimants who seek to delay their deportation.

Those trying to claim asylum will also be required to bring forward all their grounds for appeal at the start of the process. Ms Patel has previously raised concerns that deportations were being deliberately delayed with last-ditch appeals.

She is also considering making it easier to deport offenders who are given short sentences. Foreign criminals given six-month sentences could be subject to deportation for the first time.