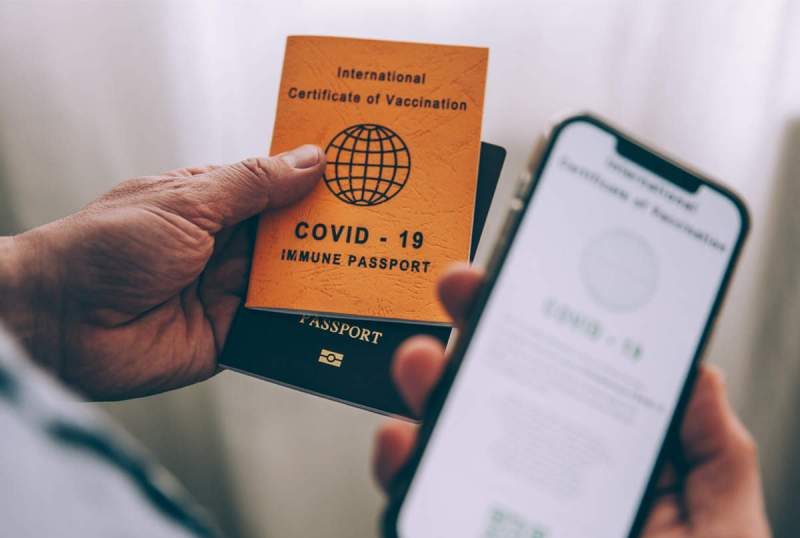 Ursula von der Leyen, the EU chief has announced that by the end of March the EU member states will have agreed their vaccine passport plan of action, saying, “As for the question of what the digital green passport could look like: we will submit a legislative proposal in March”.

One thing she did not mention is how this scheme could affect travellers from outside the EU, which now includes the UK, as the vaccine rollout brings some hope of international Summer trips abroad again.

Neil Wright, the founder and managing director of ‘CoverForYou’, speaking exclusively with Express.co.uk said, “I believe that a vaccine passport will not be necessary in order to travel to the EU, but will probably be used to either eliminate or reduce any quarantine time at arrival at your destination and on return home to the UK”.

He continued, “It would make sense for the UK to follow suit as this is clearly a way in which travel, which supports so many jobs in the UK, can be safely opened up. A standard Covid vaccine passport will allow for normal holiday travel to be a real possibility this summer and should be welcomed”.

The founder and CMO of private testing company Cignpost Diagnostic, Denis Kinane, was of the same opinion, saying, “For the next few months and beyond, as the vaccine rolls out, there will be a continued need for COVID-19 testing. This is especially true for the reopening of foreign travel, which according to Monday’s announcement, may commence from as early as May 17”.

He continued, “The only way for this to happen safely is through a combination of gold standard PCR testing and vaccination. In order to simplify the verification of these events, I would fully support the notion of airline travel passes. These passes will provide much-needed validation of whether travellers have had COVID-19 tests and/or vaccines and may provide a long-term solution to safely opening our borders”.

Before adding, “The biggest hurdle now is one of confidence, as both Governments and travellers must have complete faith in the accuracy of tests to allow them to enter foreign countries. We believe the use of PCR testing should be used in conjunction with vaccine passports in order to reopen the travel sector and the wider economy”.

Thank you for taking the time to read this news article “UK Urged To Roll Out Its Own Vaccine Passport For Ease Of Travel”.