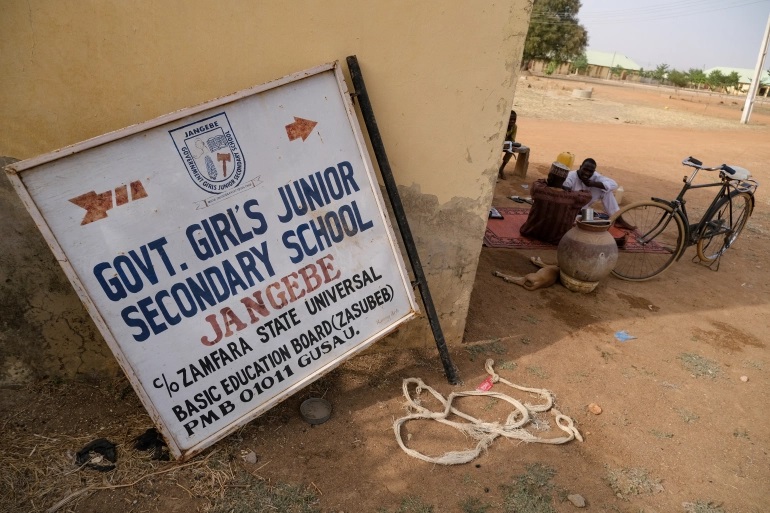 Kidnappers have released all the schoolgirls who were abducted from a boarding school in the northwestern Nigerian state of Zamfara on Friday, the state governor has said.

Bello Matawalle said today, Tuesday, that the students were safe and back in the protection of the authorities- no ransom had been paid for their release. “Today, we have received the children who were under captivity since Friday. I initiated a peace accord which yielded a positive result. No ransom was paid to anyone. I insisted that we were not going to give anything to any of them,” Matawalle said.

The governor said the students were being taken to a health facility for a thorough medical examination. Police initially said 317 girls were abducted in the raid by more than 100 gunmen on the Government Girls Secondary School in remote Jangebe village. But Matawalle said that the actual number of kidnapped students was 279.

Government officials had been in talks with the kidnappers – known as “bandits” – following Nigeria’s third school attack in less than three months.

“There was a huge amount of relief for the parents, students and the state government. Authorities told us it was difficult to secure the release. It took days of negotiations with what the government calls repentant bandits to bring the girls back. Some of the girls are less than 11 years old,” Idris said.

Heavily armed criminal gangs in the northwest and central Nigeria have stepped up attacks in recent years, kidnapping for ransom, raping and pillaging. The Nigerian military deployed to the area in 2016 and a peace deal with bandits was signed in 2019, however, attacks have continued unabated.

In December, more than 300 boys were kidnapped from a school in Kankara, in President Muhammadu Buhari’s home state of Katsina, while he was visiting the region. The boys were later released but the incident triggered outrage and memories of the kidnappings of 276 schoolgirls by Boko Haram in Chibok that shocked the world- many of those girls are still missing.