Madrid Commits To Reducing Greenhouse Gas By 65 Per Cent 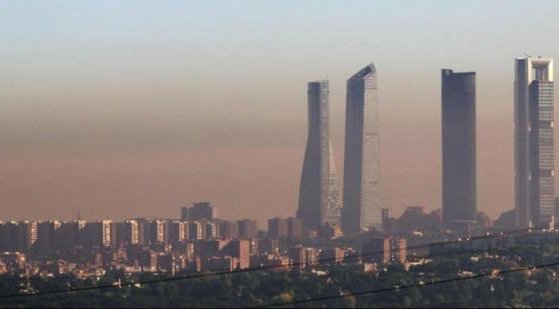 The first mayor of Madrid, Jose Luis Martinez-Almeida, pledged on Monday, March 1, to reduce the greenhouse gas emissions of the capital by a huge 65 per cent by the year 2030. The mayor made this bold statement in front of 40 councillors who are part of the European Convention of Mayors of the C40, dedicated to the fight against climate change. If achieved, the reduction of CO2 emissions in Madrid will be ten points above the threshold set by the European Union.

The experts set their bar when comparing figures to the emissions of 1990, when 12 million tonnes of CO2 were reported. To hit the target, by 2030 they will have to be lowered to 4.5 million, and the councillor went a step further claiming that this figure could be further reduced to around 1.4 million by 2050.

In 2020, the contribution of renewable energies was 43.6 per cent and now the challenge is to reach 74 per cent in 2030. According to the experts, the residential sector is the one that should contribute the greatest volume of reductions with some 2.9 million tonnes of CO2, closely followed by the services sector at 2.7 and transport with 2.4 million tonnes.

In order to meet the targets, the City Council is embarking on a number of initiatives to promote the use of equipment that uses renewal energy sources like biomethane, which is already being produced at the Valdemingomez plant. In addition, politicians plan to pass the Air Quality ordinance this month which will ban all coal-fired boilers from 2022. Regarding reducing the emissions caused by public transport which is a major issue in all urban areas, the City Council has already launched 45 kilometres of bus lanes through the Centro Cero Lines project, and will now begin focusing on installing more bike lanes throughout the city.