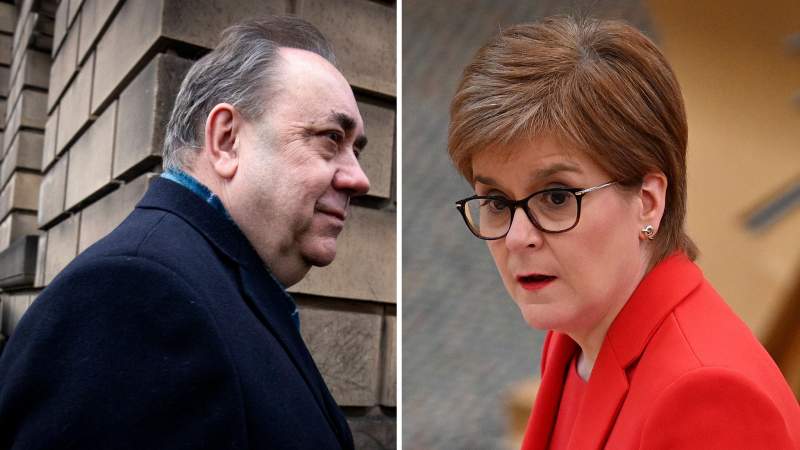 The Scottish Conservatives have called on First Minister Nicola Sturgeon to resign after bombshell evidence was published by the Alex Salmond Inquiry. Legal advice first offered to the SNP Government in 2018 – but only made public tonight – advised ministers to concede a judicial review brought by the former first minister.

And in another, separate development, a senior SNP figure claimed that Nicola Sturgeon “offered to assist” Salmond in the same year when the pair discussed complaints made against the ex-Nationalist leader.

Duncan Hamilton – a former MSP who was present as a legal advisor to Salmond at a meeting with Sturgeon in 2018 – made the claim in a submission to a Holyrood committee investigating the Scottish Government’s botched complaints process.

In a letter published tonight, Tuesday, March 2, Hamilton said: “We discussed mediation. My clear recollection is that her words were ‘If it comes to it, I will intervene’. From a legal perspective, that was the most important aspect of the meeting. I therefore remember it clearly. I discussed the commitment to intervene with Mr Salmond and (Salmond’s former chief of staff) Mr Aberdein after we left the meeting specifically because it seemed very likely that mediation would be achieved. From Mr Salmond’s perspective, that was the desired outcome.

“The First Minister did later change her mind. She was entitled to do so. That change was, however, a matter of surprise. From a legal perspective, that change in position removed one of the possible alternatives to court proceedings.”

Labour MSP Jackie Baillie said the new documents showed that the government’s handling of harassment complaints against Mr Salmond had been “indefensible”.

Ms Sturgeon has previously denied breaching the ministerial code – the rules setting out how government ministers are expected to behave – and has said she is “relishing” the opportunity to put her side of the story forward.

She has also dismissed Mr Salmond’s claims that people close to her had plotted against him as untrue, saying there was no evidence to back up the allegations and accusing her predecessor of creating an “alternative reality”.

Salmond has accused named SNP figures, including Sturgeon’s husband Peter Murrell and Chief of Staff Liz Lloyd, of plotting against him to have him jailed, both the SNP and Sturgeon have denied the conspiracy claims.