Somewhere beyond the sea 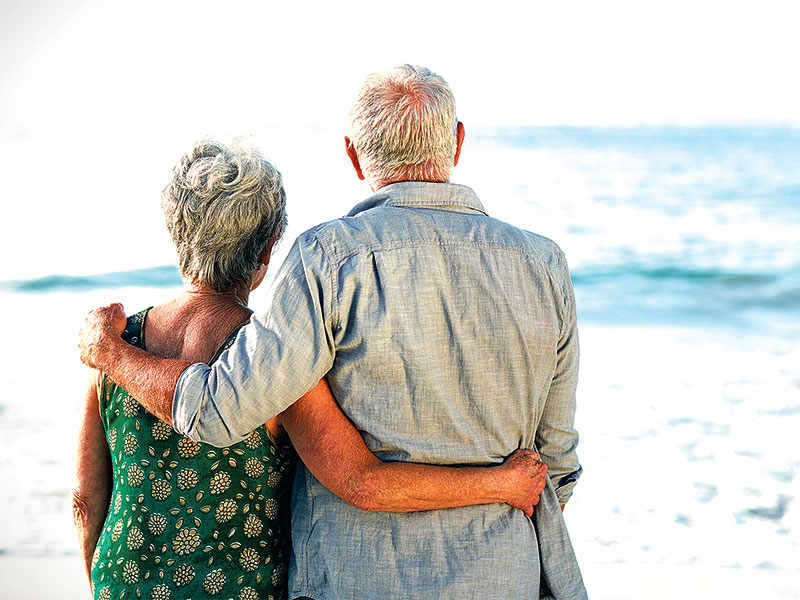 THE sea seems to go on forever, much as we feel about the memories of our loved ones. This and the calming effect which it can have on people are among the reasons that for centuries people have chosen burials at sea.

For many people, looking at the sea when they are going through a difficult time can help them to feel at peace. Just listening to the sound of the waves and feeling the sea breeze can blow some of the pain away from the mind and soul. Add to this the knowledge that in a way their deceased loved one is part of that vast blue expanse, can make them feel close to them and seek guidance from them.

About 71 per cent of the surface of our planet is water, and we are deeply linked to it, not only because studies show that the first life forms most probably came from the water, but also because we are made up of it too, about 60 per cent.

So while we usually hear the sentence ‘ashes to ashes, dust to dust’, we could also say ‘water to water’, as our lives begin surrounded by water in the womb, so returning to the water after death completes the circle of life.

While sending the bodies of the deceased out to sea is a well-known practice of the seafaring people of the past, notably the Vikings, it may have been carried out in earlier stages of history. Of course, the same practices are not used nowadays, but there are natural burials which include placing cremated remains inside concrete coral reef balls which are ceremoniously placed in the sea as part of a reef ecosystem. These balls are used to repair damage to coral reefs, and to provide new habitat for fish and other sea life.

This option is kind of an urn, scattering of ashes and sea burial all combined into a permanent and environmentally friendly tribute to the life of a loved one.

A more literal interpretation of burial at sea is also used where it is permitted, which is also seen as natural when no formaldehyde is used. There are organisations which organise such burials, where the deceased is placed in a shroud and, where authorised, the body is placed in the sea where it will decompose naturally or be consumed by animals.

This can be done from a ship or aircraft, and is quite common amongst those who have been in the Navy.

However, the most common option involving the sea as a place of rest is to take the cremated remains to a special and meaningful location in the water, and some families hire boat services to do so. A type of urn has been created which floats before disintegrating so that the loved one’s ashes enter the water in a gradual and graceful way. Another innovative option is an ice urn, which contains the ashes and floats on the water before obviously melting to spread the ashes.

Doing so may seem inoffensive but remember that a permit may be needed to avoid any possible fines for environmental reasons. In Spain there are funeral homes which have the necessary permits or can advise relatives on where they can allow the remains of their loved one to become one with the sea.