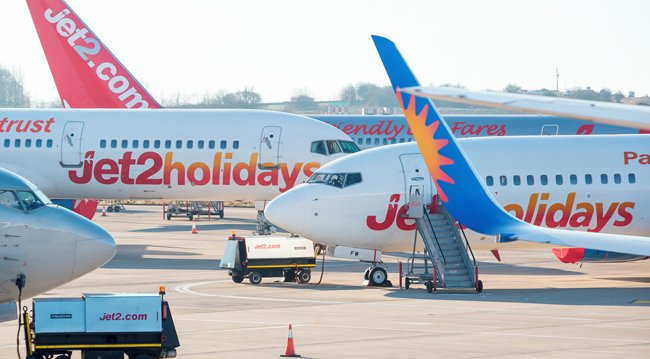 Jet2holidays’ claim of a 1,000% increase in bookings in the 24 hours after the Prime Minister’s roadmap announcement represented “tens of thousands of bookings”, its chief executive revealed today, March 3.

Steve Heapy defended the figure in response to claims that travel companies were reporting massive sales growth to create a marketing spin. He said: “You’ve probably had people with big percentages to manipulate numbers, but the numbers we put out were true. They have to be because we’re a public limited company.”

“It’s a good start but we need that level of bookings every day for quite a time to come,” he said. “So yes, it was a great day; it’s been a huge lift for us and for the industry, but there’s a long way to go.”

Asked how many of the sales were rebookings of cancelled holidays and how many were new business, Heapy said it was mix.

“There was a good number of rebookings because we’re in the process of putting our start date back to May 17, so there’s no point trying to sell the holidays before then, but there was also a number of new customers,” he said.

“And that was split between people that have bought with us before but haven’t had a holiday that they’ve had to cancel, and customers that are brand new to Jet2holidays.

“I would hope that our record of refunding customers has attracted people that have previously bought with other companies. People obviously want to get away in school holidays, so there was a good family mix in there. We did have bookings for the second half of May, and for June,” he said.

“And obviously, June is the peak period in Scotland and Northern Ireland as well, so they were quite healthy, although their governments haven’t given any guidance on emerging from lockdown yet, so I think their numbers will improve.”

Heapy added: “From July half term, they were very good. And funnily enough, we also saw a huge boost in winter 2021-22 and summer 2022 bookings as well. So I think the fact that the end is in sight has sort of given people the confidence to book however far out they want.”

This news came as the Spanish tourism minister said the country is in talks with the UK about vaccine passports to allow British holidaymakers to come to Spain without the need to quarantine.