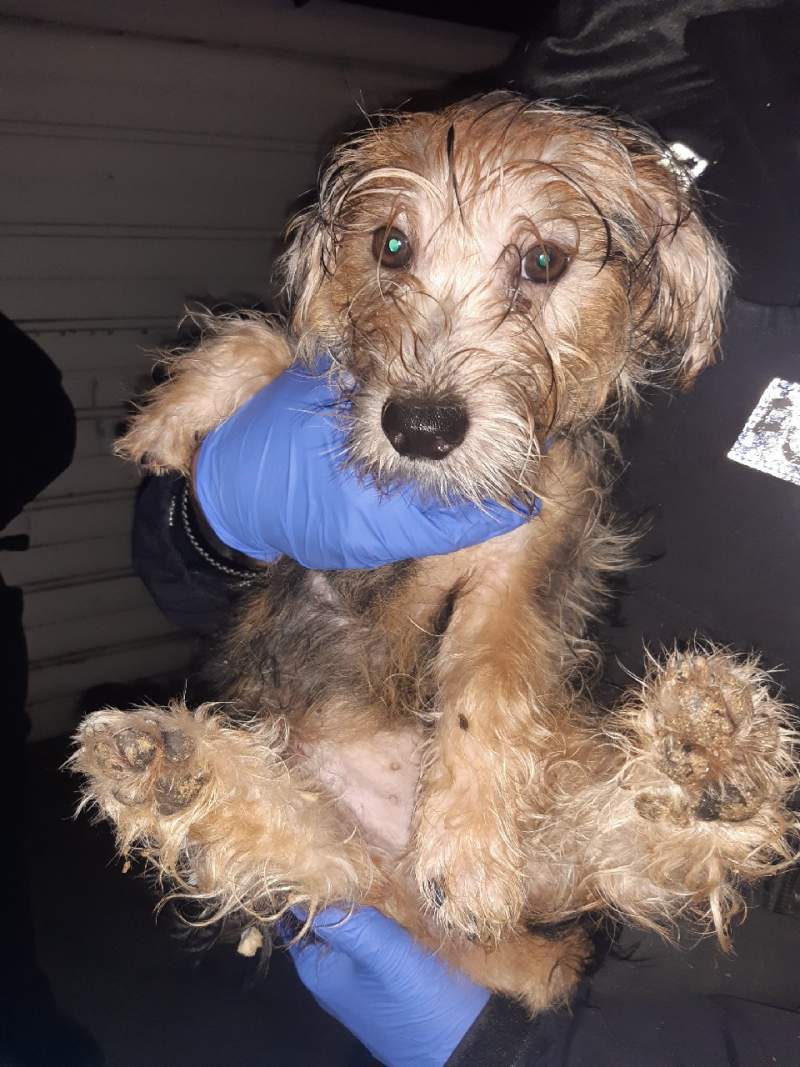 A dozen ‘severely dehydrated’ stolen puppies found in plastic bags and rescued from the back of a van.

A MEMBER of the public contacted Nottinghamshire Police reporting a “bad smell” coming from a nearby property in Carlton.

When officers arrived at the house to investigate on Tuesday evening, March 2, they were confronted with dog waste strewn across bedrooms, but there was no sign of any dogs.

Further searches led officers to a van parked nearby. The windows were all steamed up and movement could be seen in a bag in the rear passenger seat.

They broke into the vehicle and found a dozen puppies kept in small cages and plastic bags. Six of the dogs were crammed into a guinea pig cage.

A 20-year-old man has been arrested on suspicion of theft and fraud.

She has now launched a survey asking for people’s views locally, and the results will “help determine the public’s fear of dog theft in Nottinghamshire and support for tougher enforcement.

“This is a shocking example of callous individuals using animals for their own ends. There is no consideration for the health, well-being and safety of the animals concerned, and in my view it’s time to get tough on those who seek to steal, exploit and ill-treat dogs and indeed any animal.”

Chris Pearson, Neighbourhood Inspector for Gedling, added: “The puppies located inside the van were in an appalling state and were visibly distressed.

“We made sure they got the instant care they needed overnight, and we’re now conducting a joint investigation with the RSPCA.

“We are continuing to carry out a number of enquiries and are determined to uncover what has been happening at this house and establish where the animals have come from.”