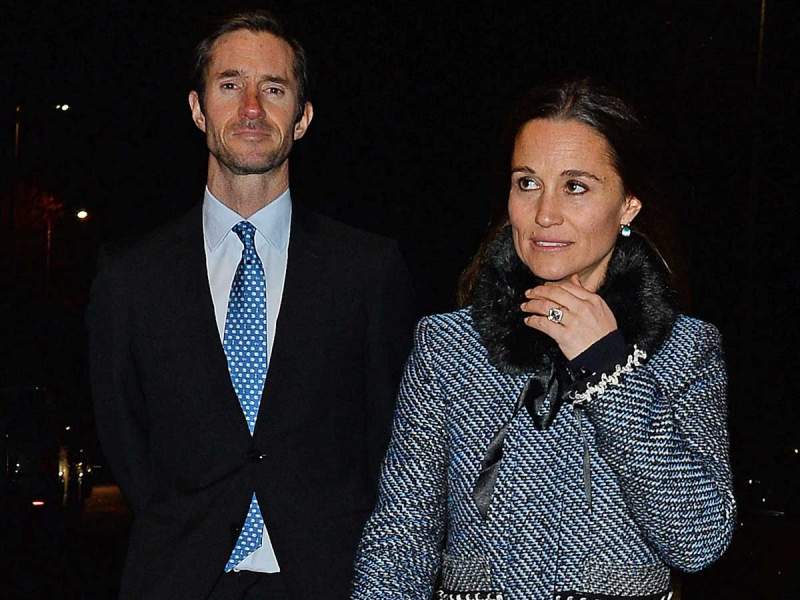 THE Duchess of Cambridge’s younger sister Pippa Middleton and her husband James Matthew are expecting their second child, her mother has confirmed.

In an interview with Good Housekeeping, Carole Middleton revealed the couple’s two-year-old Arthur will soon have a little brother or sister.

Speculation has been rife in recent weeks among Royal fans who were convinced Pippa was pregnant, and now the news has been confirmed by Carole, 66, who described herself as a “very hands-on” grandma.

She admitted she hopes she will be able to spend more time with the family this year, “including, of course, my new grandchild,” once Covid restrictions are relaxed.

Talking about her “very close” relationship with her family and four grandchildren, Carole told the publication: “I want to run down the hills, climb the trees, and go through the tunnel at the playground. As long as I am able to, that’s what I’ll be doing. I cook with them, I muck around dancing, we go on bike rides.

“That is why we are all still close, because our relationship has evolved as my children have had children. I’ve learned to be a wise grandmother, I hope.”

The expectant couple have still to comment publicly about their pregnancy.

Pippa and James were wed in an extravagant ceremony in 2017, but had actually met for the first time in 2006 when they crossed paths on the Caribbean island of St Barts.

They dated briefly, and then again in 2012 for a short period before getting back together in 2014.

James popped the question in July 2017 and they now live in London with rumoured plans to be buying a 72-acre country estate called Bucklebury Farm Park in Berkshire, not far from the Middleton family home.