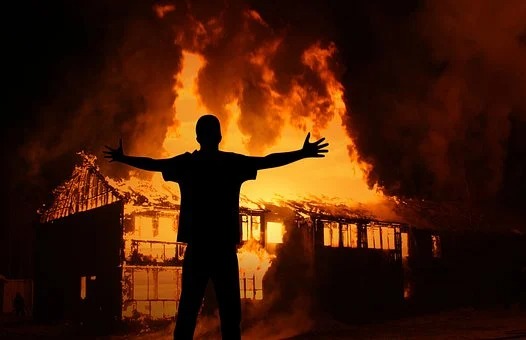 COUPLE’S dream home turns into a nightmare after a revenge arson attack.

A couple’s dream home turned into a nightmare when a man they outbid took his revenge with an arson attack on the home. The court heard how the couple ended up losing over £30,000 after the revenge attack took place.

Matthew Green, aged 37, set out to get revenge on the couple after they pulled out of buying two properties from him after they had suffered from rising costs and delays. Initially he decided to take revenge on them by trying to outbid them on another property.

Norwich Crown Court heard how the couple had made an offer on a cottage on Shoemakers Lane in Swaffham, Norfolk, in June 2019 and had been expecting to exchange contracts. Green set about trying to wreck the sale the day before they were due to exchange contracts as he put in a rival bid.

The rival bid was turned down though, and the couple were able to exchange contracts on June 26. This meant that the couple handed over £32,500 as a deposit, with the rest to be paid on completion.

Green then set out to crush the couple’s dreams as he set fire to the house. Fearing for their safety the couple then pulled out of the sale after having seen the damage caused by the arson attack. This led to them losing over £30,000 that they had paid as a deposit.

Green has been given a 12-month suspended sentence after pleading guilty to arson and was ordered to pay nearly £9,000 for damages caused.

Detective Inspector Richard Weller said, “This was a selfish and vindictive act motivated by greed and control.

“What should have been an exciting move to their dream home quickly became a nightmare for the victims.

“I hope today’s result provides some closure to those who suffered from Matthew Green’s actions and reassures the public that we will thoroughly investigate crimes such as this to secure a successful prosecution.”