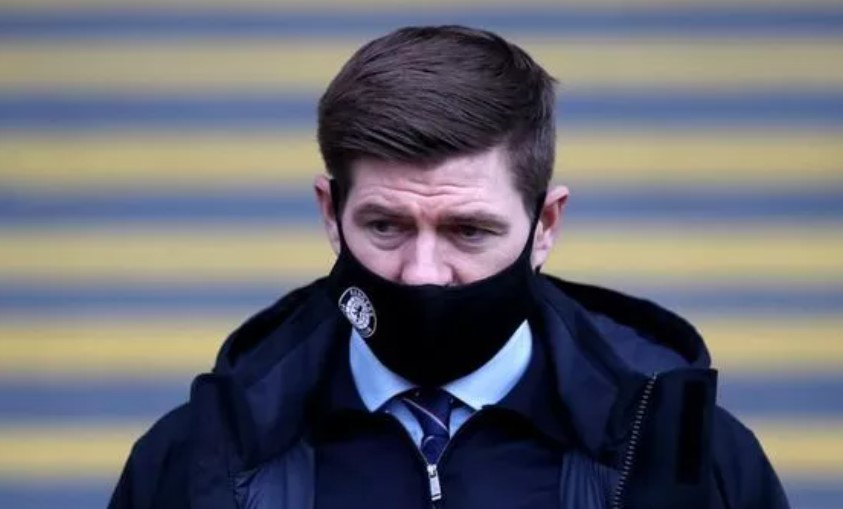 Glasgow Rangers manager Steven Gerrard is facing a potential touchline ban, after being red-carded at half-time during their game with Livingston last night (Wednesday 3), after a furious confrontation with referee John Beaton, which could leave him in the stands for their upcoming Old Firm clash with Celtic, the match at which realistically, his team can be crowned champions.

Just before the half-time break, Beaton had booked Alfredo Morelos for simulation despite appearing to be bundled to the ground by Max Stryjek, the Livingston goalkeeper, a decision that clearly did please Gerrard, and he furiously confronted the referee at the whistle.

Gerrard was initially yellow-carded by Beaton as they left the pitch, but then Gerrard can be clearly heard yelling at the ref, “I know why you’re not speaking to me, it’s because you got it f****** bang wrong. You’re bang out of order”, and Beaton produced a red card.

Adding, “Whatever letters come my way, I’ll deal with them. If someone wants to stop me being on the side of a pitch, don’t worry, I’ll celebrate when the time comes”.

Bans in Scottish football seem unpredictable though, Robbie Neilson, the Hearts manager, was charged with misconduct for his own confrontation with Beaton on January 23, but didn’t face an SFA hearing for almost a month, and likewise, Stuart Kettlewell, the ex-Ross County boss also received a ban over comments he made about the same referee in August last year, but the sanction didn’t come into effect until the October.

Rangers boss Steven Gerrard has been sent off at half-time after having words with the referee in the game against Livingston! 🔴 pic.twitter.com/QOY2RmSHKy

Thank you for taking the time to read this news article “Steven Gerrard Could Face Touchline Ban And Miss Celtic Match”.