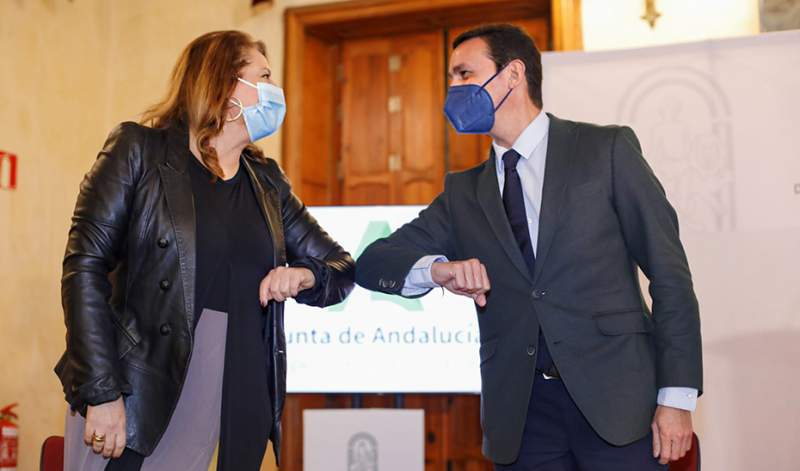 ALMERIA’S provincial council, the Diputacion, and the Junta de Andalucia are joining forces to combat climate change.
Diputacion president Javier Aureliano Garcia and Carmen Crespo, who heads the Junta’s Environment department, recently signed a collaboration agreement on behalf of both administrations.
The Diputacion and the regional government are now committed to working together on the Climate Change Plan that will eventually be required of every municipality in Andalucia.
Almeria’s Diputacion was the region’s first to sign up to the project, Crespo revealed.
“We have acted before the law required it,” she said, adding that the Diputacion agreement put Almeria municipalities at an advantage by giving them more time to produce their plans.
There would also be economic help from both the Junta and Diputacion to cover the cost of drafting the plans, the Environment chief said.
The head of the Environment department also emphasised the region’s “vocation” of fighting climate change.  “This is especially true of Almeria, which is affected to a considerable degree by this phenomenon,” Crespo said.
The great diversity of Almeria’s territory, which encompassed desert, coastal areas and mountains, made it the ideal province for making a start on the climate change action plans, she continued.
“These will set out the guidelines that can put on the table the measures  needed to make this fight a reality,” Crespo declared.
Thanking Crespo for this latest step that the Junta had taken on behalf of Almeria, Diputacion president Javier Aureliano Garcia declared that the province had progressed from being overlooked to occupying a prominent place on the Junta’s agenda.
“This has been translated into actions and projects that benefit all Almeria residents,” Garcia said.
“Thanks to this agreement the Diputacion and the Junta can work with the province’s town halls, putting in place environmental initiatives that will combat climate change.”
This, Garcia said, would also involve town halls in projects that included environmental education, advising the business community and identifying new opportunities for Almeria province companies.
The Diputacion president also stressed that Almeria was already known worldwide for using its natural resources in agriculture.
“An environmental conscience is part of Almeria’s DNA,” he declared.