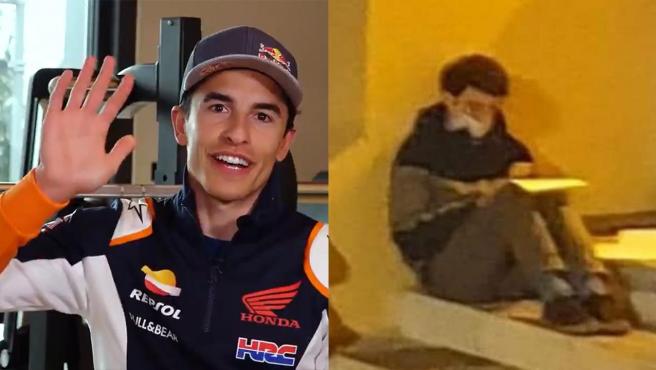 CARLOS ALEGRE, a 24-year-old student who was praised for his dedication after being snapped studying in the lamplight while he waited for an order for delivery, has been contacted via Twitter by Moto GP champion Marc Marquez.

According to national Spanish daily 20 minutos, the eight-time world champion has said that once spectators are allowed back at the race tracks, Carlos must go and talk to him.

“I admire his effort, sacrifice and fighting for what you want, which is key in life. At the very least we want to invite you to the GP when everything gets back to normal so you can see it close up, which is your dream, and we can get to know each other.”

Someone will have to pass the message on to Carlos, as he is not on social media.

According to national Spanish daily La Vanguardia, he has been contacted by several companies offering him grants and internships to reach his goals. He is currently studying mechanics at the EMA Competicion school in Malaga.

Meanwhile, he works as a delivery rider for Uber Eats, but saying that he is forced to wait a lot of the time, he likes to take advantage of that situation to study, a view which was applauded by many after his photo went viral on social media.

His dream is to become a mechanic for a Moto GP team.

His photo was taken by a Local Police officer and went viral with the caption “while some are smashing windows, ransacking businesses and destroying the streets to support a repeat delinquent, others find a way and make time whenever they can to build a promising future for themselves”.

Within hours, the image, which has become a symbol of dedication, was shared thousands of times.

While many have applauded him, others have asked why he should be forced to study in such conditions or why he should have to accept a job like the one he has so he can make a future for himself.