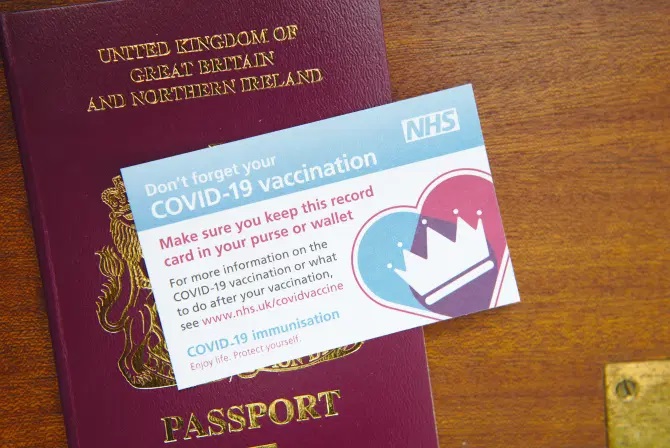 Spain’s tourism minister Maria Reyes Maroto has outlined plans for a vaccine passport pilot which could pave the way for millions of Brits to holiday in the country. Maroto said Spain was eager to be a pioneer in introducing the immunity passports and confirmed her ministry was actively pursuing the idea.

The Balearic Islands, which include popular holiday destinations Majorca and Ibiza, have already announced they want to be first to welcome foreign tourists back with vaccine passports. Regional governors had urged Ms Maroto to let them start a pilot scheme for visitors who had been jabbed at a meeting last month in Madrid.

The tourism minister confirmed: “We want to have a wide variety of tools to reactive mobility. All this will enable us to have a clear horizon and hope so we can be more optimistic about the relaunch of international travel. We want to be pioneers and we are the most active champions of digital vaccine passports to facilitate international mobility.”

She went on to refer to last year’s pilot scheme in the Balearics, which involved thousands of German tourists allowed into the islands a week before Spain officially re-opened its borders to foreign holidaymakers following a three-month shutdown.

She added: “We were pioneers with the Balearic travel corridor, by becoming the only country to open during the pandemic, and we’re working on being pioneers again and putting our foot on the accelerator. We have created an inter-ministerial commission presided by Prime Minister Pedro Sanchez to facilitate the use of digital Covid certificates and be able to launch a pilot project to test their efficiency when the pandemic allows us to.”

Spain’s Secretary of State For Tourism Fernando Valdes said Spain was willing to consider bilateral agreements and corridors ‘with third countries’ if the vaccine passport scheme doesn’t go ahead.

He said: “The UK is among the countries with the highest vaccination rates in the world and we aim to have at least 70 per cent of our adult population immune by summer so I’d say to British people, keep open your expectations regarding holidays in Spain. We’re looking forward to welcoming you again.”