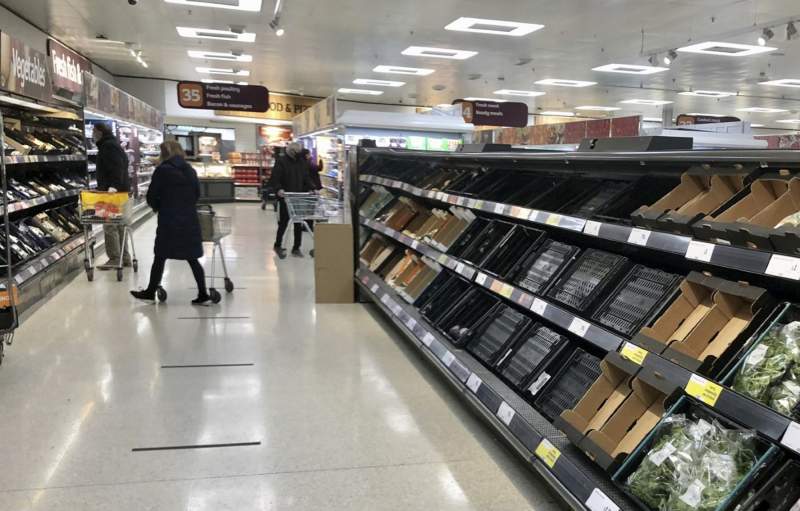 UK Government Ministers are said to be preparing to relax post-Brexit plans for border checks on food and other imports from the European Union because of fears that they will further damage trade and could lead to severe shortages in UK supermarkets.

The Observer has been told by multiple industry sources that Boris Johnson’s new Brexit minister, Lord Frost, is considering allowing “lighter touch” controls on imports from 1 April than are currently planned and scaling back plans for full customs checks, including physical inspections, which are due to come into force on 1 July.

One source said he had been told that Frost was preparing to put the plans, which could mean imports being allowed in even if clerical errors have been made by European companies, before fellow cabinet ministers this week, as evidence grows of how Brexit has hit trade with the EU.

A Downing Street source confirmed on Saturday night that Frost had already ordered “a review of the timetable to ensure that we are not imposing unnecessary burdens on business” but added that it was “early in the process and no decisions have been made”.

With UK exporters to the EU having been severely hit by new rules, regulations and costs of operating under the post-Brexit regime, business organisations and senior figures in Whitehall now fear that EU exporters to the UK – particularly those involved with food – could be even less prepared than their UK counterparts were at the start of this year.

A big worry is that delays resulting from checks could hit food supplies including the “just in time” delivery network.

One senior industry figure said: “The worry is that if we go ahead with more checks and move to checks on imports, then exporters will not be prepared and on this side, we are not ready for that either. There is not the infrastructure in place yet or the number of customs officials necessary to carry all this out. We have already seen exports badly affected. The next nightmare could be imports.”

While the Cabinet Office has attempted to downplay the effects of Brexit on UK trade, a survey last week by the Food and Drink Federation of its members that send goods to the EU found a 45% drop in exports since 1 January.

While a key claim of Brexiters was always that Brexit would mean “regaining control of our borders”, doing so has proved hugely problematic however since the UK left the single market and customs union on 1 January.

British supermarkets in Spain have also been badly affected by Brexit with many ex-pats complaining of shortages of all their favourite foods.