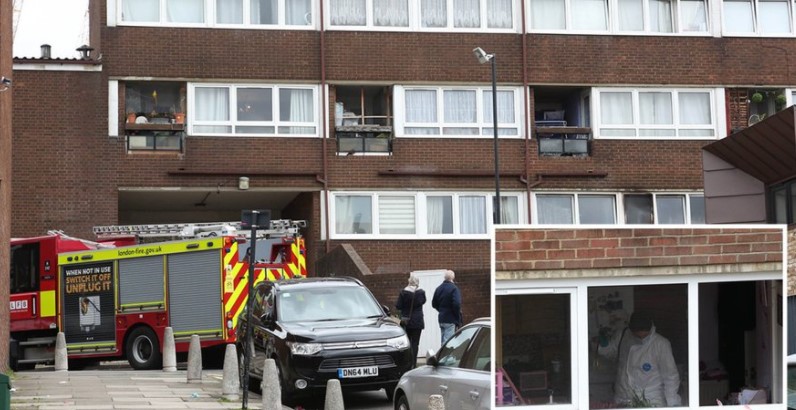 In a tragic flat fire yesterday morning (Saturday 6) in Greenwich, South East London, a five-year-old boy has died, and a woman and a 14-year-old boy are both said to be in a critical condition in hospital.

The deadly blaze broke out at around 5.45am with six fire engines and around 40 firefighters tackling the fire, rescuing a 34-year-old woman, and two boys aged 14 and five from the burning home, all being rushed straight to the hospital by paramedics.

Tragically, the five-year-old boy died shortly after arrival at the hospital, and the woman and other boy are reported to be in a critical state, with the next of kin being comforted by specialist officers from the Met Police force.

An investigation is underway between London Fire Brigade and crime scene officers to establish the cause of the blaze.

In charge of the investigation is Detective Chief Inspector Laurence Smith, who said, “A child has lost his life in extremely tragic circumstances. At this stage, I am keeping an open mind as to the cause of the fire. I urge anyone with information to come forward”.

One of the residents said, “I heard an almighty bang and I came out and saw it crawling with firefighters all over the place. The flames must have been put out by that time”, while another neighbour commented, “It was about 5am, I woke up and saw it from my window. I saw a bunch of people surrounding the house but no flames”.

A London Fire Brigade spokesperson said, “Firefighters wearing breathing apparatus rescued a woman and two children from the top the floor of the property. They have all been taken to hospital by London Ambulance Service crews, where sadly one of the children passed away. The Brigade was called at 5.44am and the fire was under control by 6.49am”, as reported by thesun.co.uk.

Thank you for taking the time to read this news article “Greenwich Flat Blaze Sees Boy Aged Five Die, And Two Others Critical In Hospital”.